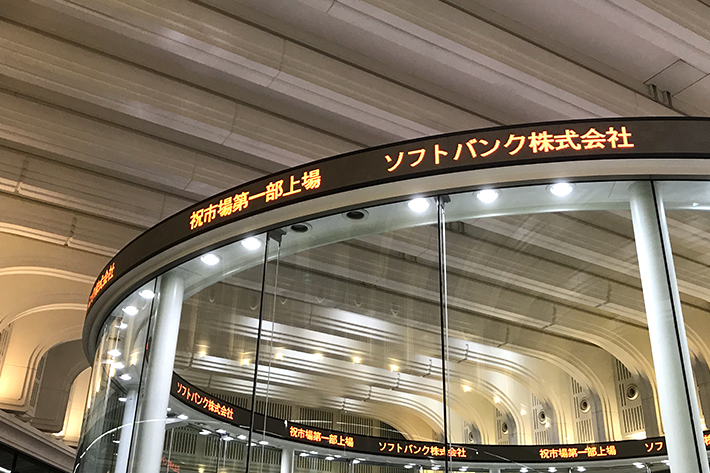 What happened on the day 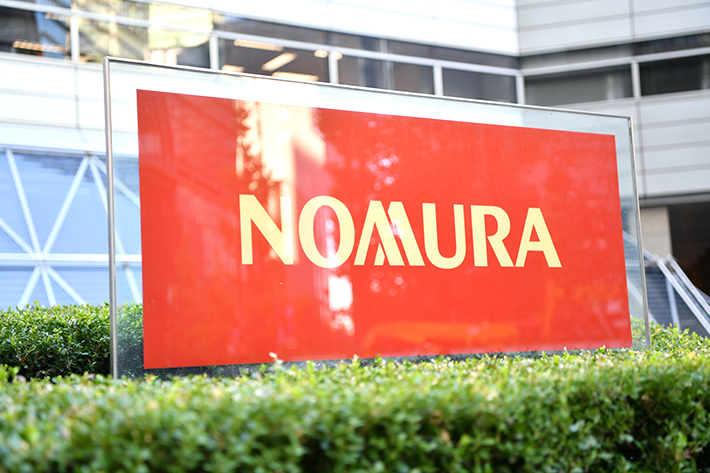 On an auspicious day of blue skies in Tokyo, SoftBank Corp. embarked on a new chapter with its listing on the Tokyo Stock Exchange. SoftBank Corp. executives first went to greet the lead underwriter, Nomura Securities Co., Ltd. 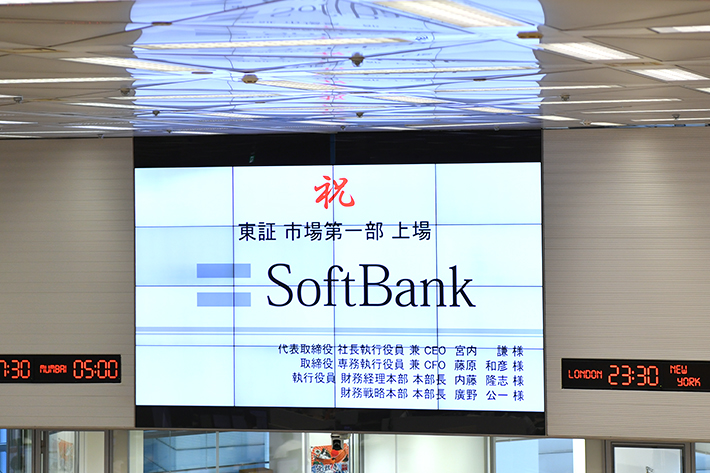 In the trading room, a large screen displayed the words, “Congratulations to SoftBank Corp. for listing on the First Section of the Tokyo Stock Exchange.” Warm applause broke out when it was announced that SoftBank Corp. executives had arrived. 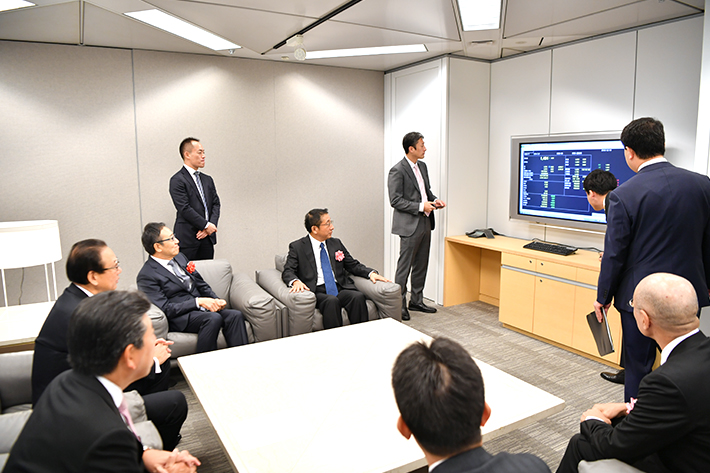 9:45 Arrival at the Tokyo Stock Exchange 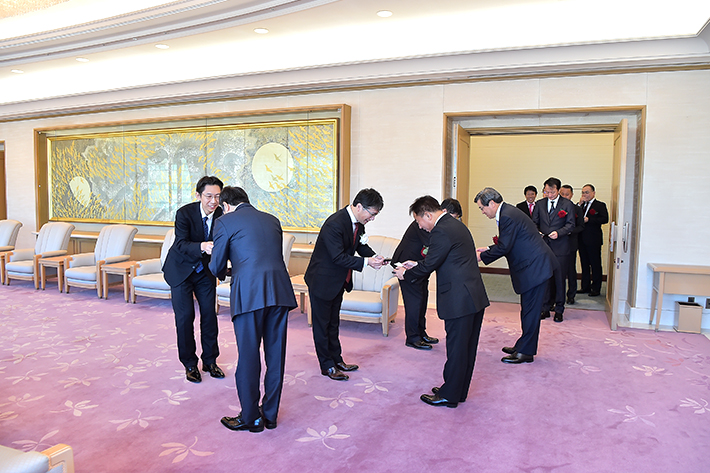 SoftBank Corp. employees and related persons assembled at the Tokyo Stock Exchange. President & CEO Ken Miyauchi and other executives were greeted as ceremonial guests and escorted to a special reception room on the 15th floor.

9:50 On standby at the special reception room 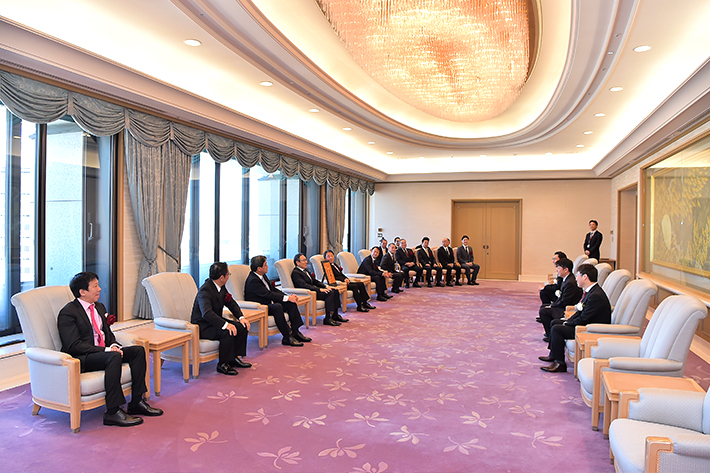 After being greeted by people from the Tokyo Stock Exchange, SoftBank executives waited for the ceremony to begin. 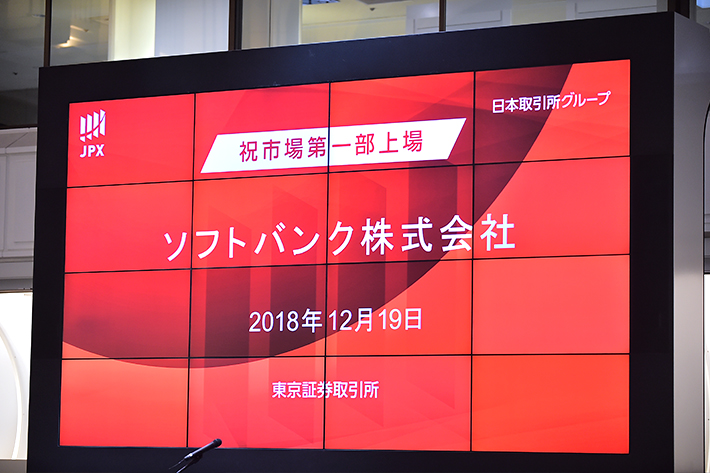 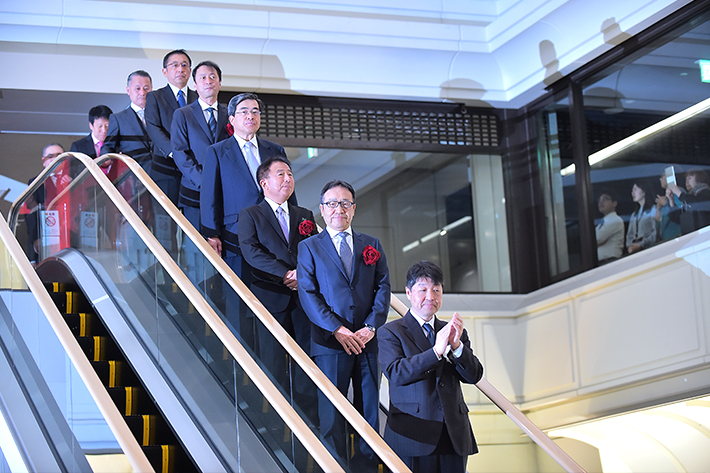 SoftBank Corp. executives descended from the special reception room to the open platform. Members of the Tokyo Stock Exchange, SoftBank Corp. employees and others greeted them with a loud round of applause. 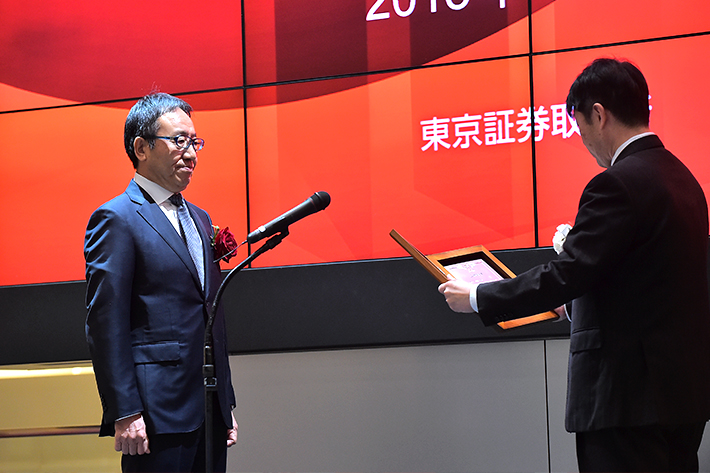 President & CEO Ken Miyauchi received a certificate for the listing and commemorative gifts. 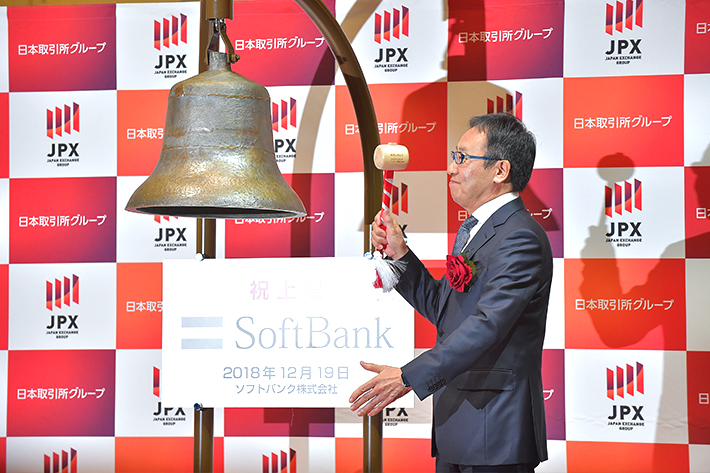 This was followed by the ringing of the bell, a scene often seen on TV. The bell was rung a total five times. This ritual is said to come from the Japanese tradition of praying for a bumper crop. 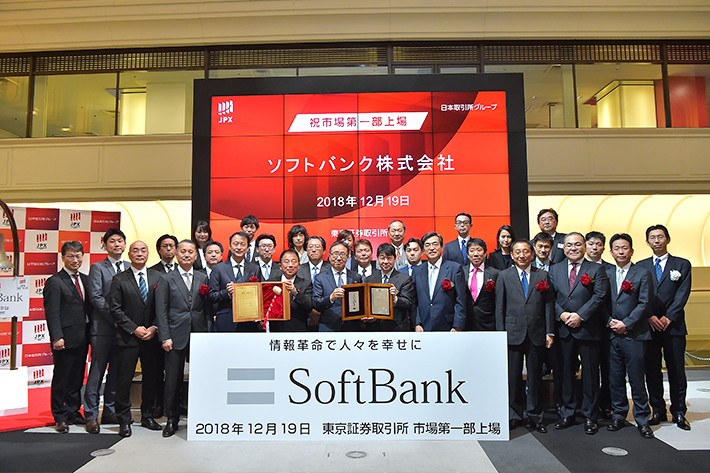 The listing ceremony concluded with a group photo of all participants.

SoftBank Corp. listed on the first section of the Tokyo Stock Exchange! 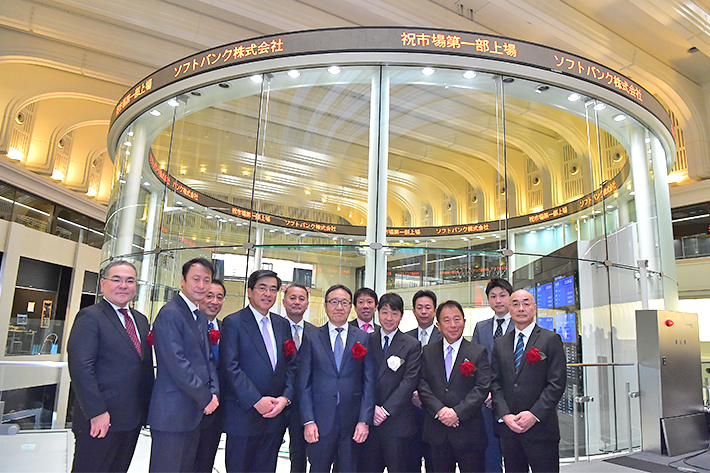 SoftBank Corp.’s Past, Present and Future 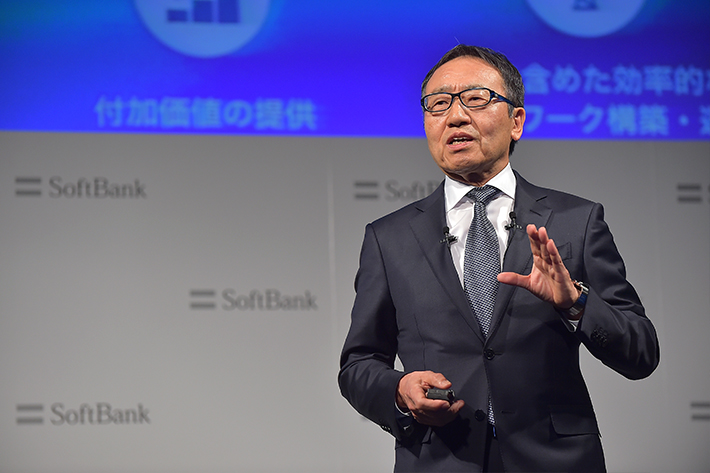 Following the listing ceremony, SoftBank Corp. held a press conference in Tokyo. President & CEO Ken Miyauchi opened his presentation by thanking the Tokyo Stock Exchange for making the listing possible and apologizing for the network disruption that occurred on December 6.

Miyauchi then spoke about how SoftBank Corp. will pursue growth by expanding its existing telecommunications business while simultaneously creating new businesses through partnerships with SoftBank Group investees. He expressed his enthusiasm about bringing cutting-edge business models from around the world to Japan to transform various industries. He summed up this approach as the “Beyond Carrier Strategy.” 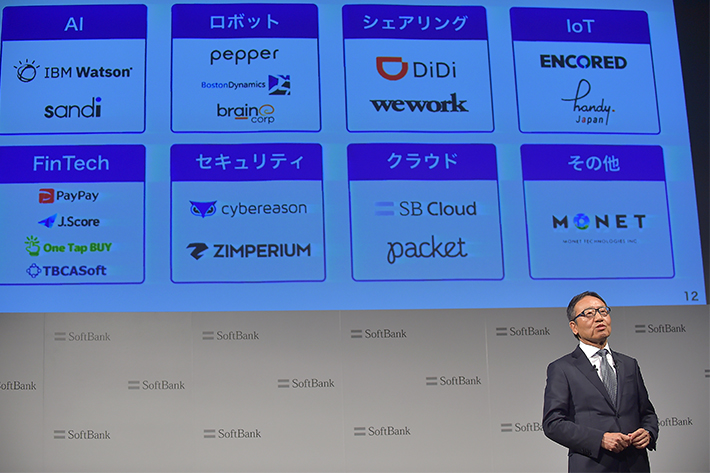 As realized examples of the strategy, Miyauchi introduced PayPay, WeWork and DiDi.

He also showed that the shared workspace provider WeWork enjoyed growth with desks numbering 12,800 in a span of ten months since February 2018. This was the fastest growth rate among all of WeWork’s global businesses.

Miyauchi then discussed the taxi-hailing platform DiDi. He noted that over a three-month span since launching in Osaka in September 2018, per-day ridership increased 13 times and that the platform helped improve load rates.

“These are examples of how we are expanding our business in a variety of fields,” Miyauchi said. “For the fiscal year ended March 31, 2019, we are forecasting increased sales and profits. As a company listed on the First Section of the Tokyo Stock Exchange, we will accelerate our autonomous management, increase efficiencies at our telecommunications business and shift toward new growth areas” he said, looking ahead to the future.