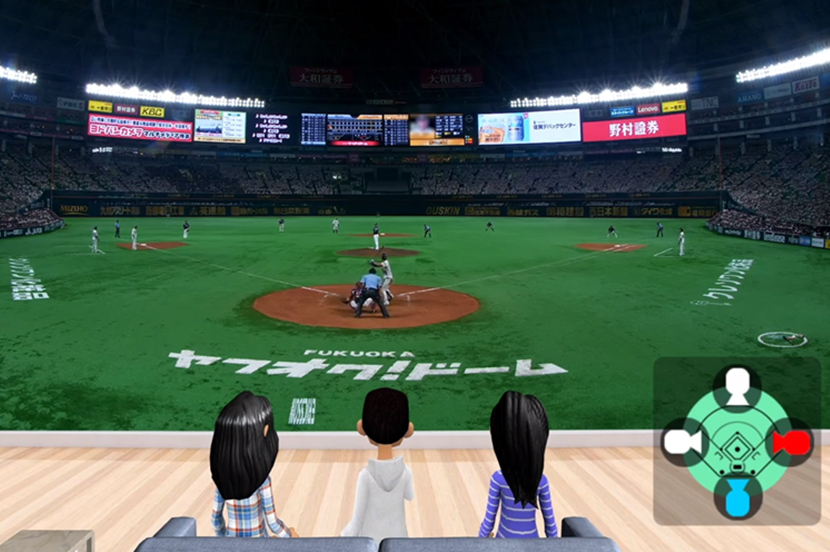 The trial took place on the sixth floor of the stadium where the “Super Box,” an exclusive VIP suite, looks out onto the field. Using VR goggles, participants could glance around the Super Box, toward the field from behind the home plate and watch the game from other locations using high-definition video feeds from VR cameras specially placed around the ballpark. 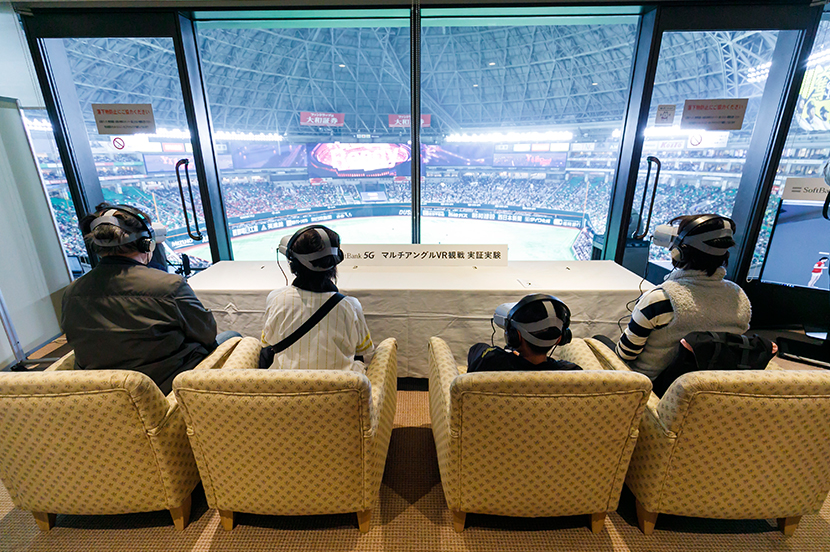 The inside of the suite was so faithfully rendered, it was hard to tell the difference between virtual reality and actual reality! 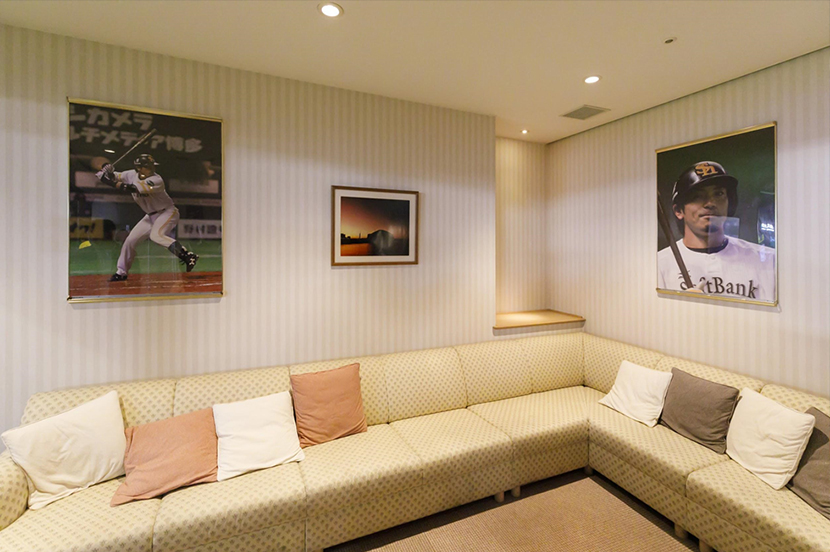 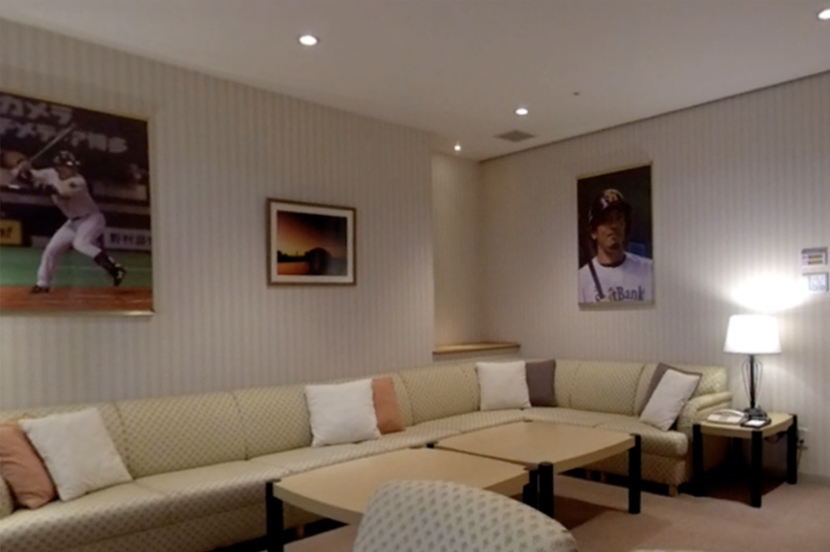 VR reproduction of the room

Spectators can communicate and express themselves using avatars

In the VR space, fellow spectators appeared as avatars.

The avatars replicated the facial and lip movements of participants, who could communicate with each other freely using the VR headset. While participants felt it was a bit odd to interact this way since they were sitting beside each other, in the future family and friends from different locations will be able to watch a game together in the VR space.

Participants were not limited to the view from the Super Box. They could also get close-up perspectives of the action on the field from cameras placed in special locations around the ballpark—places that are normally off limits. For instance, they could get great close-ups of pitching and batting from behind the home plate. 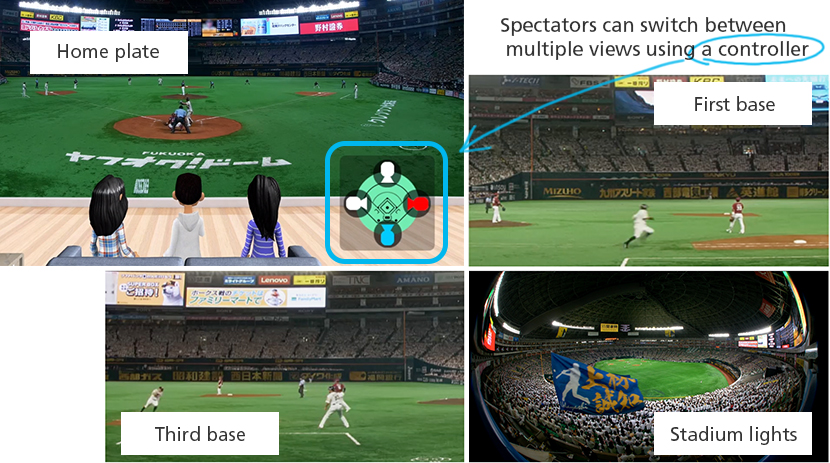 Using a controller, participants could also toggle their view of the game anytime. Watching the game from the field level especially had a lot of impact. Click on the video below to get a sense of what it was like.

The power of 5G gets put on full display

This trial used a 5G network made up of the 3.7GHz and 28GHz bands to transmit visual data to the VR headsets. High-definition 3D panoramas are said to take up approximately five times the amount of data used for conventional 2D images.

It will not be long before commercial 5G services start in 2020. When the time comes, 5G will enable people spread across long distances to get together to enjoy a baseball game in the VR space.

5G is a next-generation communications system that enables ultra-high speeds, low latency and many points of connectivity. In the coming 2020s, it is expected that 5G will accelerate the use of AI, IoT, connected cars, robotics and VR to create new businesses.

5G may bring change that is farther reaching than the spread of the Internet. With its potential as a communications technology to transform society, expectations toward 5G are high. 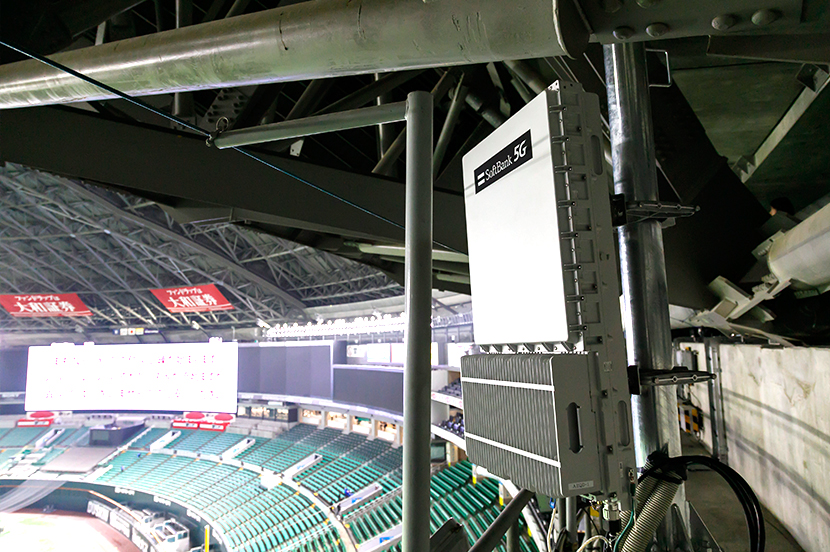 After the trial, SoftBank News also took a look at the newly refurbished YAHUOKU DOME.

Leave your wallet at home to enjoy a cashless baseball game 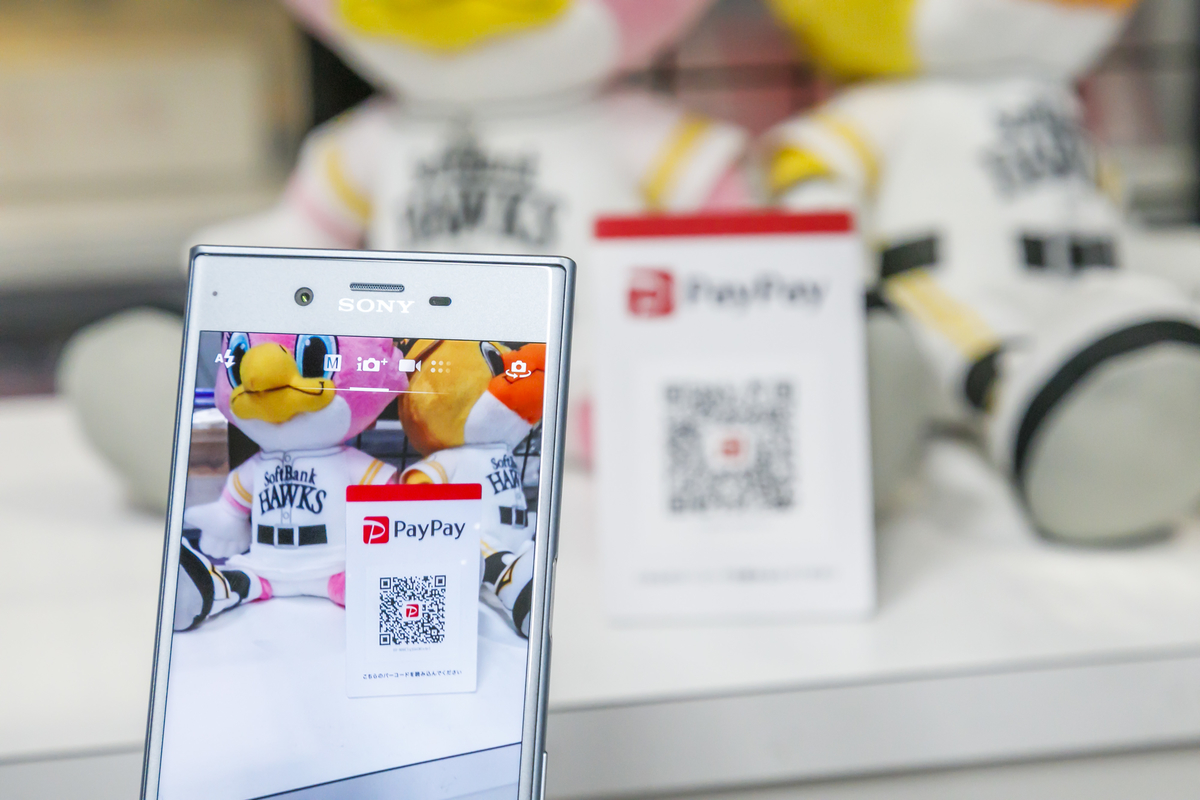 One big change for spectators at the YAHUOKU DOME is that they can now enjoy a cashless experience. For example, the “PayPay” logo for the smartphone payment service is all over the stadium.

In addition to concession stands, PayPay can also be used to pay ballpark vendors and pushcart operators, purchase items inside the Super Box VIP suites, and to buy tickets for other items around the facility.

Spectators that go cashless can concentrate on the game and not worry about having to find the right amount of change!

Furthermore, in conjunction with the start of regular games held at the YAHUOKU DOME, a special PayPay campaign was launched on March 29 to give special benefits to PayPay users.

To commemorate 30 years since the stadium moved to Fukuoka, the YAHUOKU DOME underwent major renovations that were completed in March 2019.

When spectators enter the newly renovated stadium, the first thing they may notice is the huge, panoramic display screen. The screen is made up of five panels located above the upper deck outfield seats and has a total surface area of 1,923.1m2. The ballpark is also equipped with state-of-the-art speakers as part of a 3D digital stereophonic system. This allows spectators to enjoy crisp and clear sound along with the powerful visuals.

By the way, Fukuoka Prefecture is famous for its local delicacy, mentaiko, a salted pollock roe. To honor this tradition, new seats were especially designed using mentaiko as a design motif. 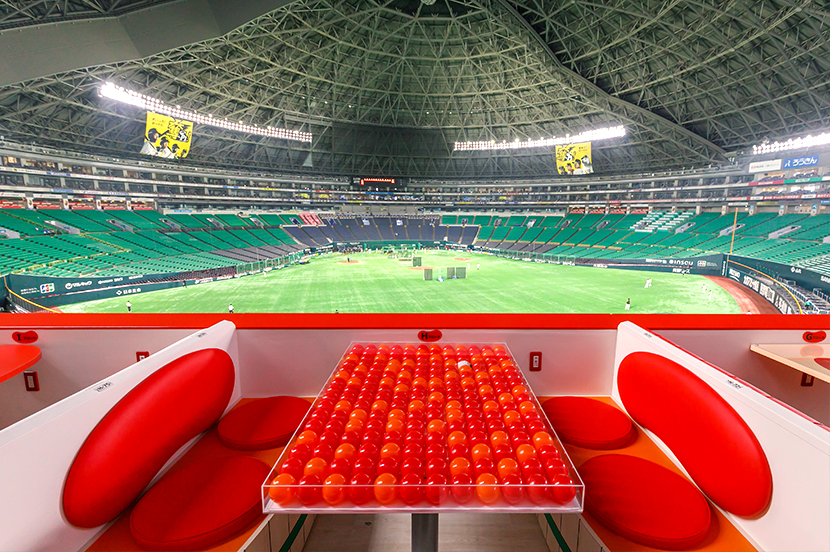 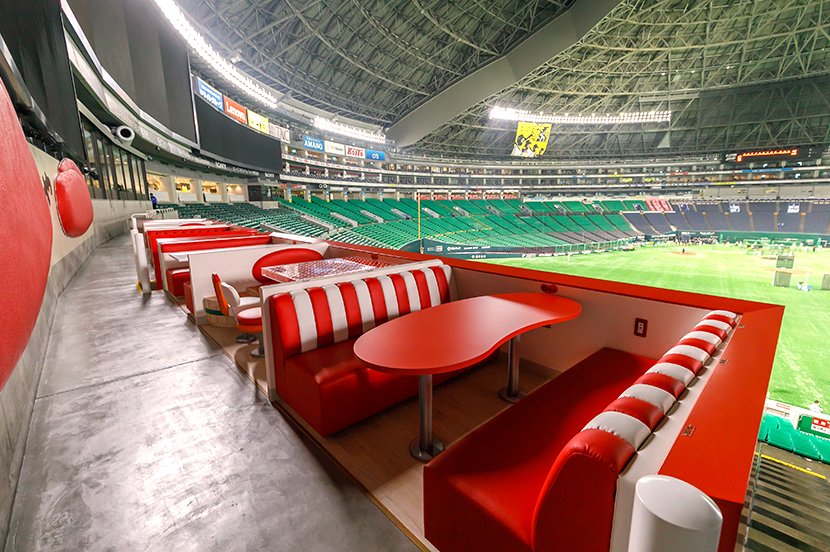 Above are “Yamaya Mentaiko BOX” seats (Yamaya is a major producer of mentaiko in Fukuoka). Large mentaiko objects also grace the walls.

In addition, extensions to the outfield stands have brought the seating capacity of the dome to over 40,000.

On top of that, a member’s only lounge for fans—FAN’S SQUARE—was rebuilt, the concourse was redesigned, and the official merchandise store HAWKS STORE was newly renovated. 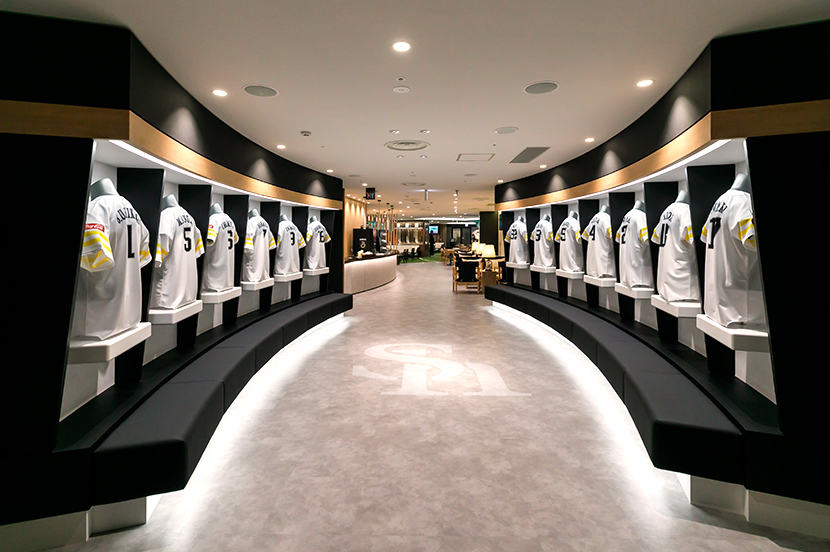 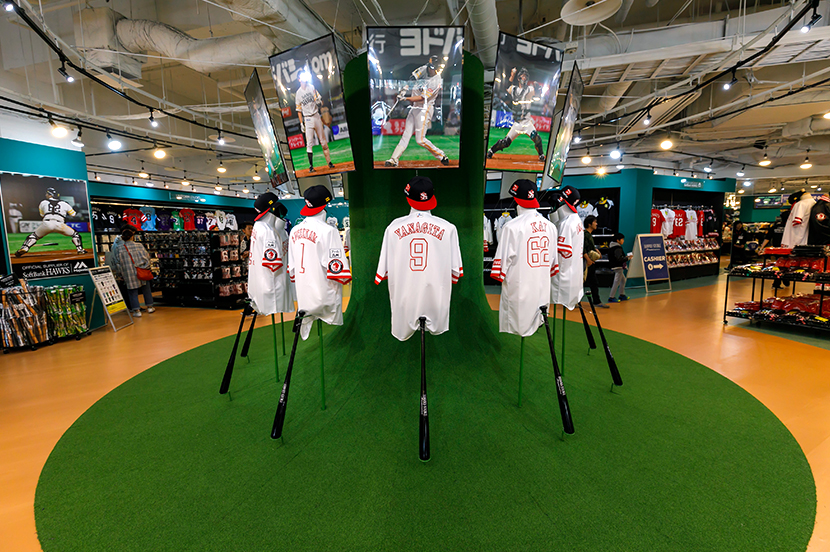 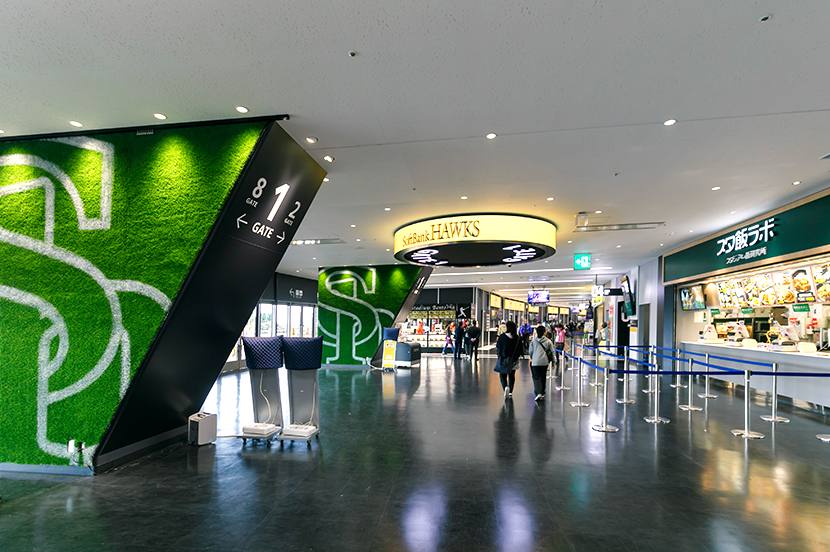 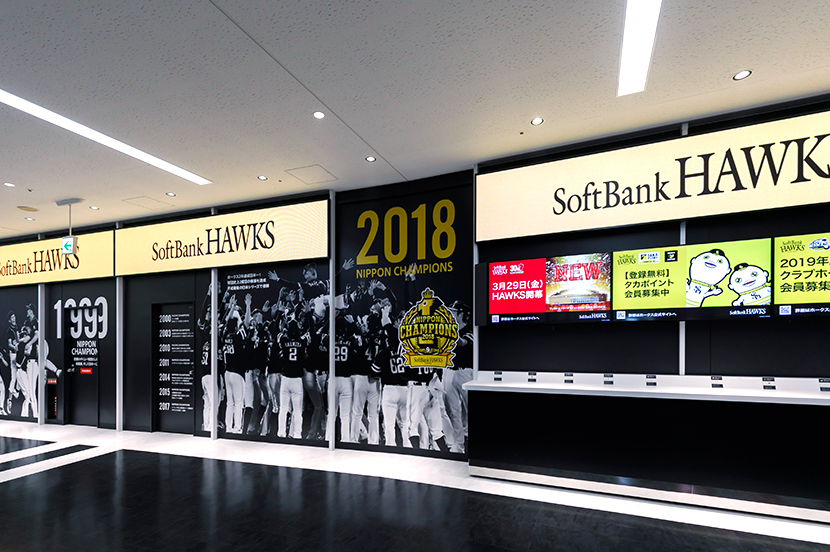 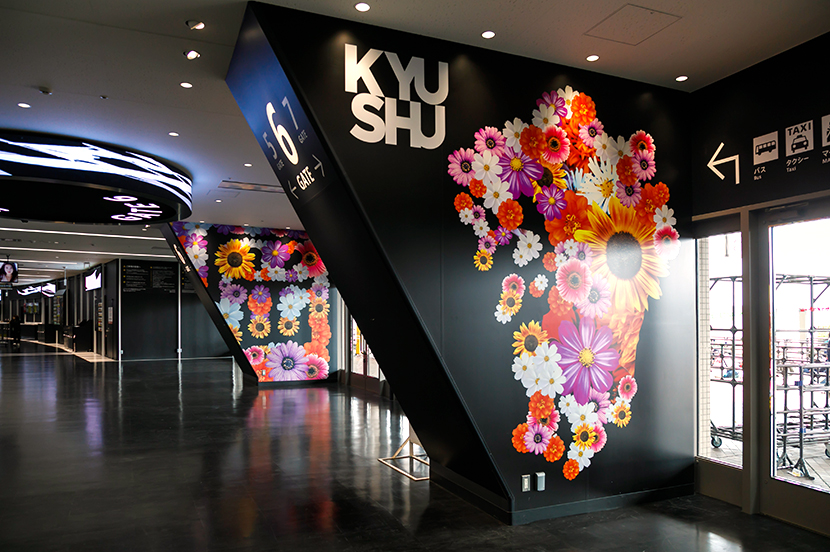 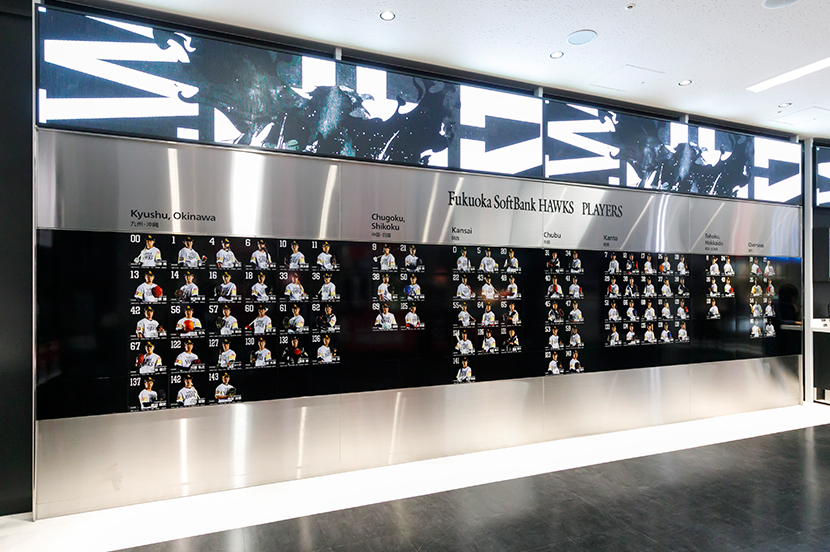 Even without a baseball game, it is exciting just to take a tour of the new-and-improved YAHUOKU DOME to see all of its new services and attractions.