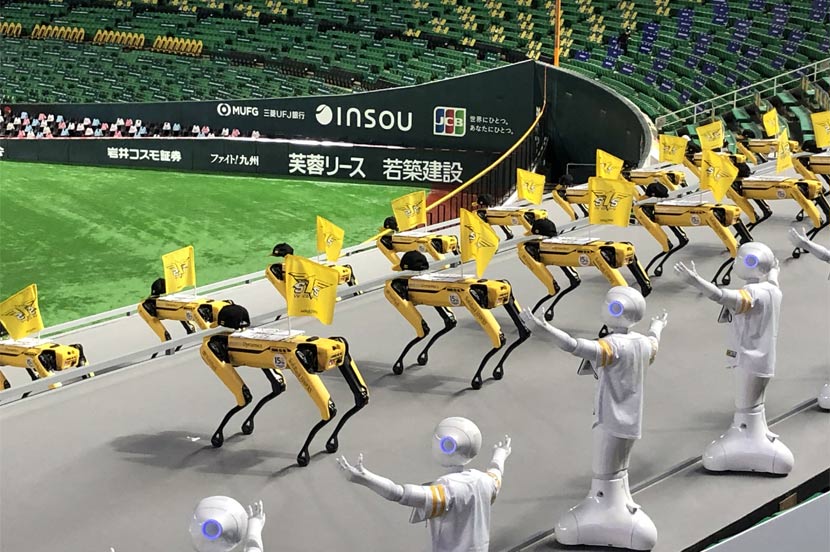 After an almost three month delay caused by the spread of COVID-19, professional baseball in Japan this season got off to a start in June, first with empty stadiums and then limited spectator admittance from July 10 in line with government guidelines. “Pepper,” however, was on hand to liven up the proceedings at at the three opening home games for the Fukuoka SoftBANK HAWKS from June 19 to 21. On July 7, Pepper was joined by “Spot," the quadruped robot from Boston Dynamics, to help cheer on the team.

Dancing in unison to the HAWKS’ theme song 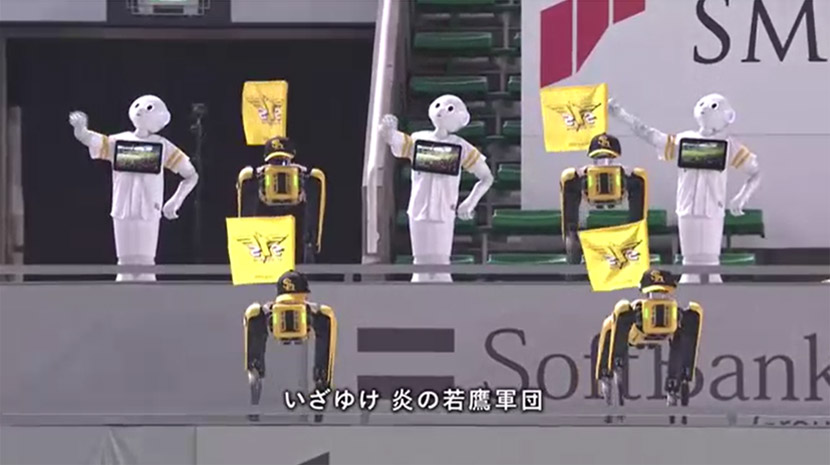 At the bottom of the 7th inning before the HAWKS went up to bat, Pepper and Spot unveiled their carefully choreographed routine and danced to the HAWKS’ theme song!

20 Peppers and 20 Spots performed their dance moves flawlessly in sync with the anthem. Pepper was dressed in white while Spot sported yellow and black team colors to represent the official colors of the HAWKS. Check out their choreography in the video below. 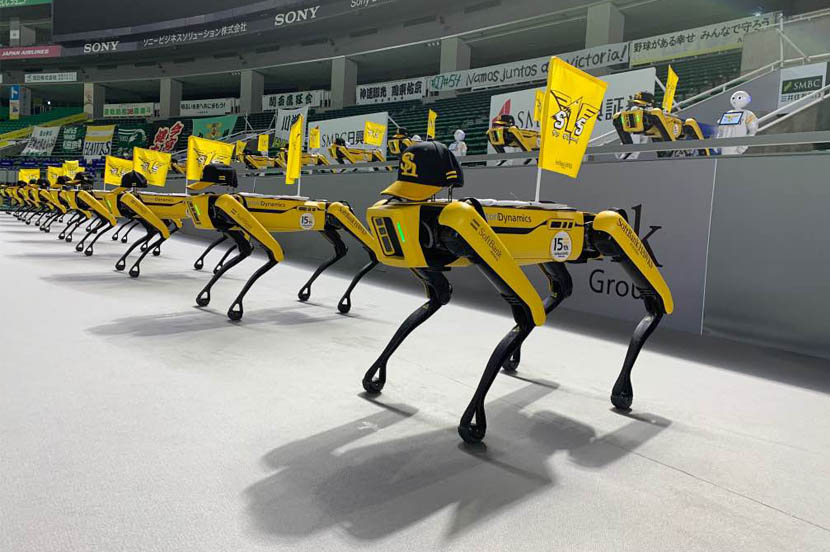 Spot moved about without ruffling a thread 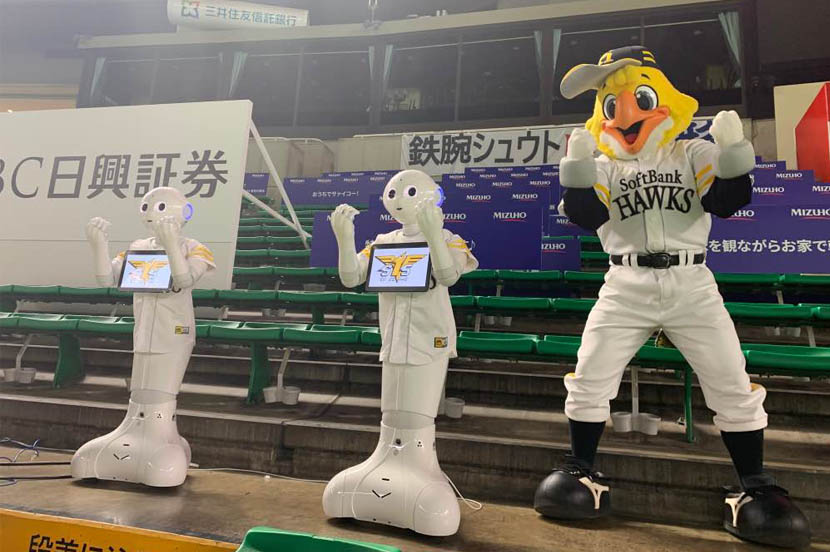 Mascot Harry Hawk joined Pepper to cheer on the team 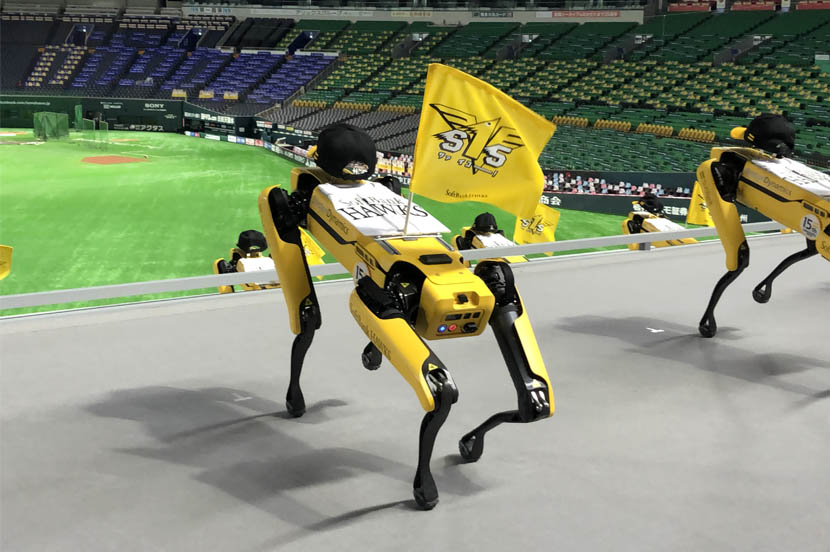 Developed and marketed by SoftBank Group company Boston Dynamics, Spot is a four-legged robot with remarkable agility. Even in small enclosures, Spot can maneuver with ease.

A special uniform was prepared to not interfere with Spot’s precise movements. A child size HAWKS jersey was folded and attached to Spot’s back. Then a cap was propped up slightly to ensure it didn’t get caught in Spot’s joints.

Spot also sported a “tail” with a flag to celebrate the 15th anniversary since SoftBank took ownership of the HAWKS. The flags flapped along with Spot’s dance moves to great effect. 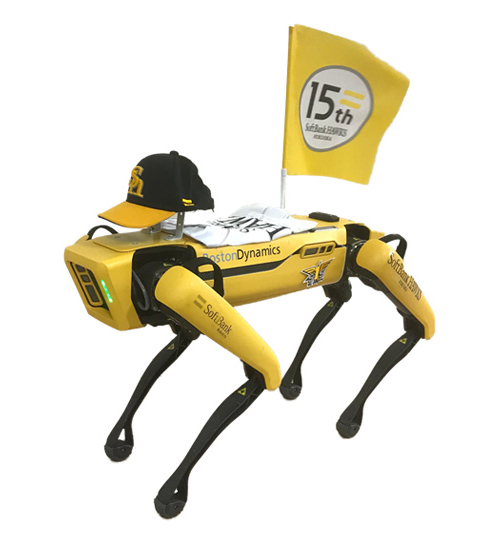 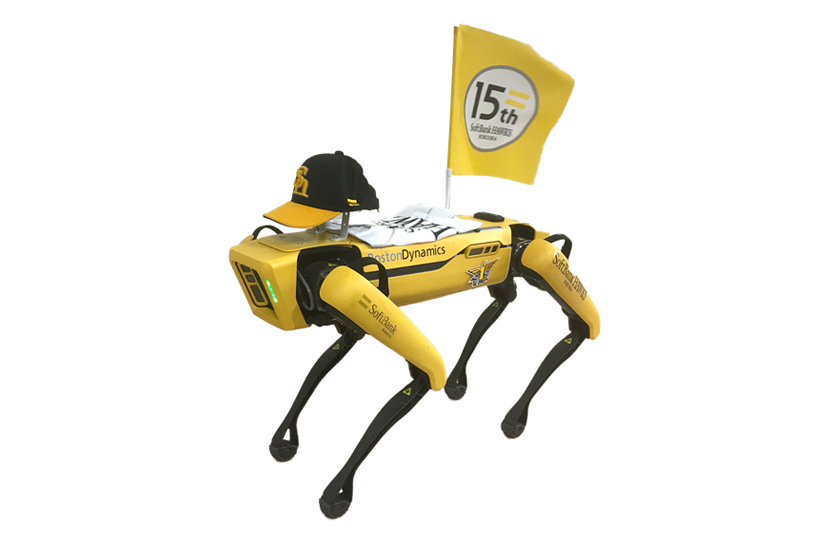 Offering new ways to get immersed in the game 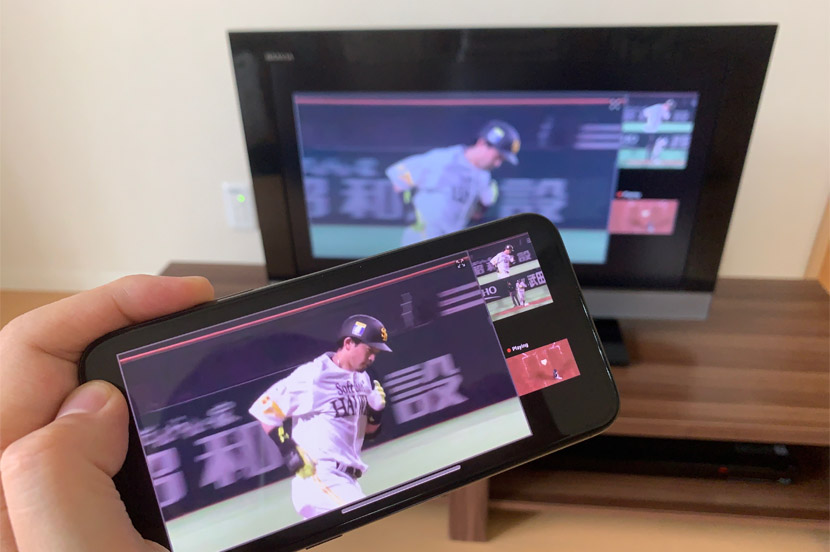 While the spread of COVID-19 has prevented many from seeing the HAWKS in person, SoftBank Corp.’s services are keeping the games up close and personal. Fans can watch all the games on their devices with “Pacific League Live” and newly launched services like “VR SQUARE,” “FR SQUARE” and “AR SQUARE” offer immersive experiences that offer a new dimension of sports entertainment.

For instance, with VR SQUARE fans can enjoy close up views from ground level and other locations. FR SQUARE makes it possible to see all angles of a bat swing and with AR square, fans can dance along with Harry Hawk at home in augmented reality!