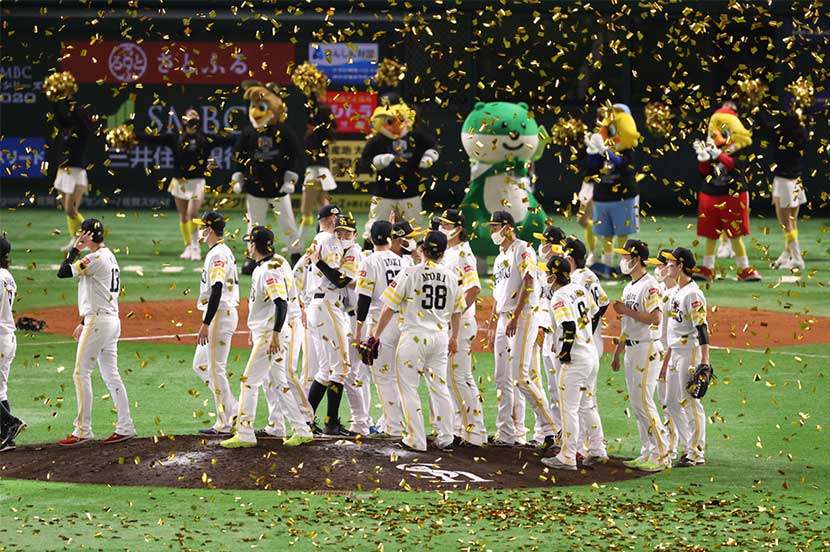 On November 25, the Fukuoka SoftBank HAWKS won the “SMBC NIPPON SERIES 2020,” the championship of Nippon Professional Baseball (NPB)’s 2020 season. The victory marked the 4th consecutive title for the HAWKS in Japan’s highest level of baseball, and their 11th series win in team history.

With three wins already under their belt, the HAWKS played Game 4 on their home ground at FUKUOKA PayPay Dome. While the Yomiuri Giants scored a run at the top of the first inning, Yuki Yanagita snapped back with a two-run homer in the bottom of the second, and Takuya Kai did the same in the second inning. Helped by rock solid pitching, the HAWKS rode on to their fourth straight Japan Series victory. 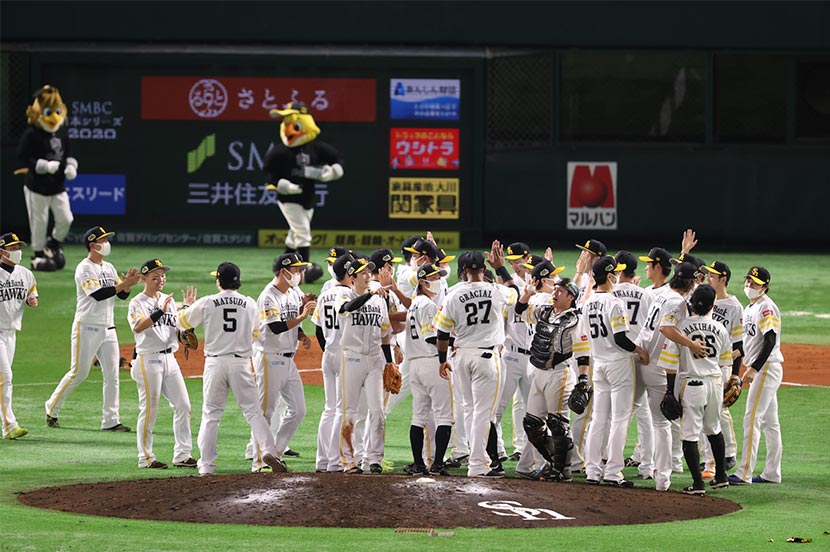 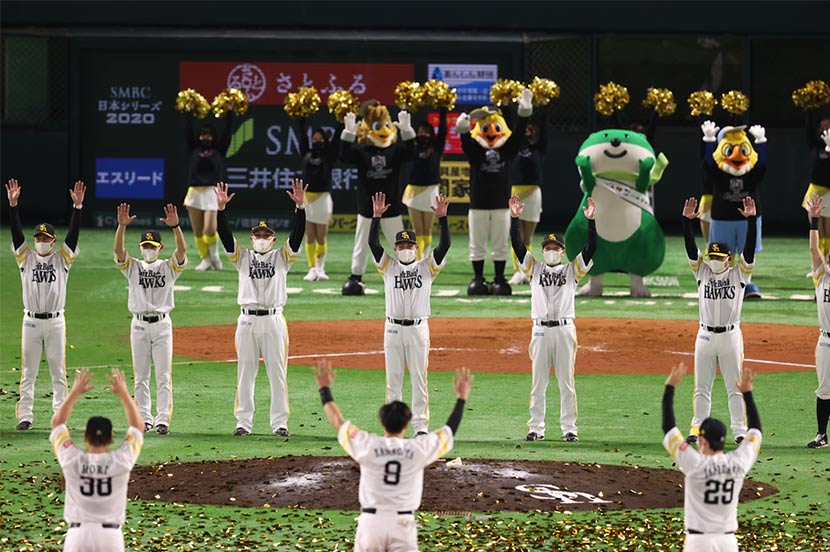 2020 marked 15 years since SoftBank became owners of the HAWKS. While the team missed the top spot in the Pacific League for the 2018 and 2019 regular seasons, the HAWKS have become Japan champions for four consecutive years.

After the game, HAWKS manager Kimiyasu Kudo said, “This was a tough season, as it was hard for everyone in the team to stay in good condition under a punishing schedule. Without the help of all the medical workers and others who supported us, we wouldn’t have been able to open the season and take this victory. The players were able to stay in good shape and play well thanks to everyone’s help.” He added, “We were able to become No. 1 in Japan with the support of our fans. We’ll continue to work hard to keep this good momentum going.”

Masayoshi Son comments on the HAWKS’ drive to be No. 1 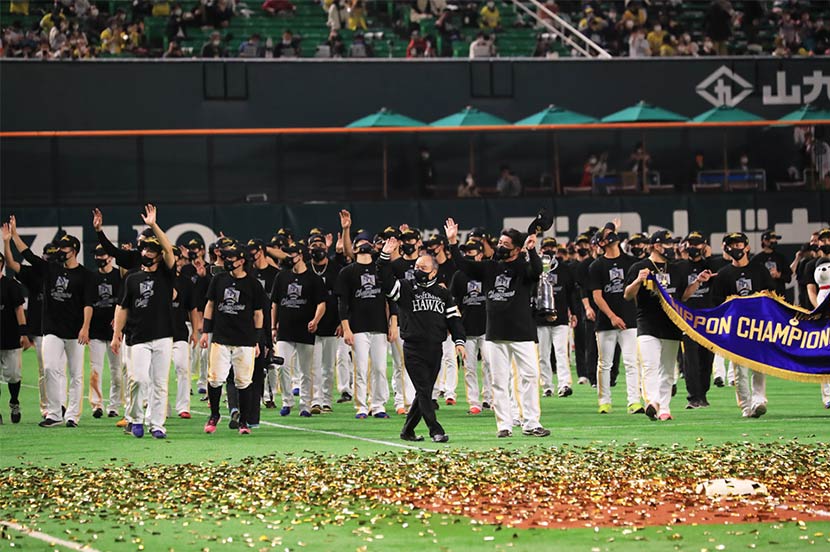 In a message after the game, team owner SoftBank Group Representative Masayoshi Son, who attended the game, said, “Despite difficulties this season due to COVID-19, I was truly moved by the HAWKS’ drive to be No.1. The HAWKS will continue to challenge themselves to go on to new victories and strive to be No. 1.”