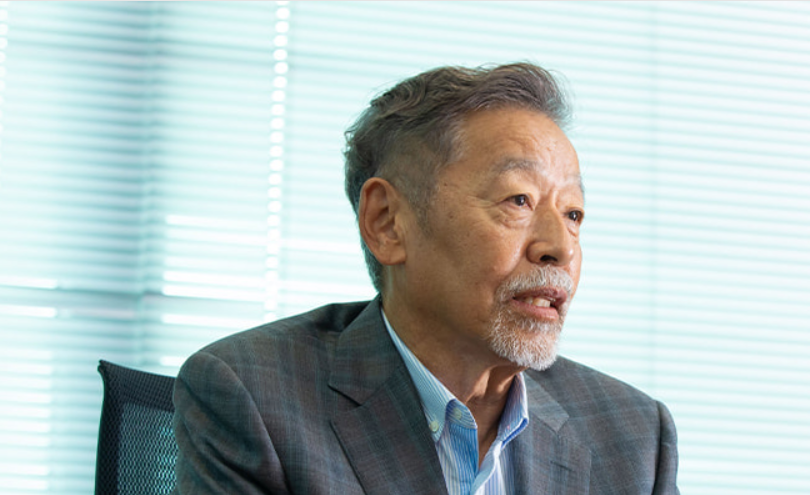 How is a CEO selected at a major company? What does the board take into consideration for succession planning? While the reasons may not always be apparent in many cases, SoftBank Corp. (TOKYO: 9434) External Director Atsushi Horiba, spoke at length about the process behind selecting Junichi Miyakawa as President & CEO for a term that began on April 1, 2021.

Below is an interview with Horiba that featured in SoftBank’s recently published Integrated Report. Horiba is Chair of the Nominating Committee and Chair of the Remuneration Committee at SoftBank. He’s also Chairman, Representative Director & Group CEO of HORIBA, Ltd., a global provider of precision instruments and systems.

Tell us why Junichi Miyakawa was appointed as President & CEO of SoftBank Corp.

The key point in appointing the President & CEO this time was technology. Chairman Miyauchi (our former President & CEO) launched the Beyond Carrier strategy at SoftBank in order to build a growth model that would go beyond the framework of conventional telecommunications carriers. Then his unique and outstanding execution power fueled the strategy and created a business infrastructure with overwhelming customer touchpoints that could be applied beyond telecommunications business to any other businesses. For SoftBank, the next 10 years will be a stage in which technical prowess goes on to change that business infrastructure into so many different sources of value. We therefore concluded that the next President & CEO would have to be thoroughly versed in AI and other cutting-edge technologies, in addition to leadership.

There were other candidates with high managerial skill, but in reflecting on our future vision at SoftBank and the outcome of discussions made among members of the Nominating Committee with different expertise as a lawyer, an accountant, or a corporate manager, the Committee settled on “technology” as the deciding factor which led ultimately to a unanimous appointment. Miyakawa has gained a wealth of technological expertise as he served for a long term since he was appointed as Chief Technology Officer (CTO) at a relatively young age. He is an up-and-coming talent who has worked his way up and gone through a lot of difficulties as well. He also has a wide range of management perspectives, including finance and investment. These qualities are what make him the ideal person to take the helm of SoftBank and are the reasons he was appointed as President & CEO.

In addition to his career history, what have you learned about Miyakawa as you interact with him?

I see that he has got the kind of personality that naturally inspires the support of the people around him. For a large-scale enterprise in general, you need a set of managers in each business that a President & CEO can fully trust and without whose aid nothing will move forward. This applies to Chairman Miyauchi when he was in charge as President & CEO. It’s even more critical to have a set of such managers when you are leading a company with trillions of yen in revenue at extraordinary speed among people who are confident and take a lot of pride in their work. While SoftBank is a major enterprise, its strength lies in its open-minded culture, which is more like the one in a small- or medium-sized startup. And I believe President & CEO Miyakawa’s personality that naturally attracts people around to support him is actually extremely important in drawing out the strengths of SoftBank’s organization.

But even as I say we have an open-minded culture, I want to emphasize that we’re not some kind of social club comprised of “buddies.” In fact, at the Board of Directors meetings, Board Director, Founder Masayoshi Son always asks questions that pierce to the core of the matter, and our discussions often get heated. This is the proof of healthy debate and the opposite of a conflict-free “rubber stamp” board of directors. In recent years, the need for a succession plan has often been raised. I believe that if we treated the plan as a formality that simply follows a manual or checks a box on some requirements list, it would end up with making a wrong personnel selection. In addition, while a scheme that chooses a person who wins out against competitors may seem fair at first glance, it has a possibility to let important characteristics like human nature fall through the cracks. It is necessary to evaluate candidates based on that kind of scheme, but ultimately, we have got to look at their heart, in other words, their qualities like the spirit of dedication and passion to SoftBank, whether they can gain the full cooperation of others, and then decide on how skilled they are as leaders. President & CEO Miyakawa is more than qualified in all respects.

If you could give Miyakawa any more advice, what would it be? 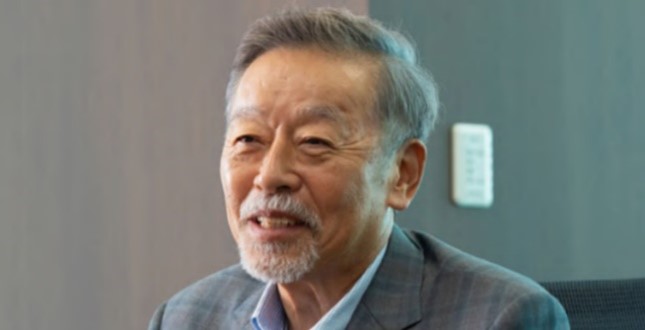 Probably it would be to make sure he doesn’t put too much on himself at the beginning. Because it is a long way to go, and even for someone as capable as Miyakawa, there are things that can be done and cannot be done alone. In my case, when I took the baton from the founder, I was under pressure that was different from what the founder had faced. However, I know that it helps nothing to take all the pressure on yourself and hurrying to actions. Miyakawa needs to acknowledge that assigning priority to what needs to get done and focusing on those things one by one with full faith and confidence in his people are his jobs as a corporate manager. I would like to remind him of the importance of not feeling pressure from people around him and not putting too much on himself.

Two external directors were added around the same time that Miyakawa was appointed. Tell us about that decision.

The addition of the two women external directors made the composition of male and female equal for a more balanced diversity. Director Hishiyama possesses deep knowledge of the latest technologies including AI and IoT and is someone SoftBank can rely on to provide support from an external perspective for the “Technology Company” that Miyakawa envisions. Director Koshi is a lawyer well-versed in domestic and overseas legal matters as well as in supporting the active participation of women in society. We are sure that she can draw on her wealth of experience obtained at the local municipality level to provide us critical advice on the social front as well.

If I had to point out one key item in the remuneration system for Board Directors at SoftBank, it would be “ownership.” Remuneration for Board Directors at SoftBank comes in two forms: basic remuneration which is paid monthly in cash and performance-based remuneration. What the Company has changed in the system this time is that performance-based remuneration could be as much as 2 - 3 times the amount of basic remuneration. Also, all performance-based remuneration would be share-based payment. In other words, the new remuneration system features a high percentage of share-based payment in the form of restricted stock. When Board Directors hold a certain number of shares in their own company, they manage with the same view as long-term shareholders and investors rather than paying lip service, and this leads to their motivation to improve corporate value over the long-term. In fact, this is a solid system that also suppresses irresponsible behavior that would damage corporate value or otherwise undermine corporate soundness. Since SoftBank is concentrating its efforts on Beyond Japan initiatives going forward, it’ll be increasingly important to consider a remuneration system at the scale of global standards in order to attract the best talent overseas.

Beyond what I’ve already mentioned earlier, when SoftBank was changing the remuneration system for Board Directors this time, the Remuneration Committee discussed and recommended adding KPIs and other sustainability factors linked to priority issues (materiality) and creating a new medium-term performance-based remuneration linked to a total shareholder return (TSR) coefficient determined by correlation to TOPIX. In particular, we should not make the discussion on sustainability and ESG issues a mere formality. It’s important in the discussion to flesh out what is essential to the Company and its businesses from our own perspectives. From this perspective, I believe SoftBank businesses provide socially essential services and contribute to sustainability issues as a matter of course.

Speaking of ownership, Miyakawa personally borrowed ¥20.0 billion from SoftBank to acquire the company’s own shares. What’s your opinion on this?

I think his action shows his confidence in the future of SoftBank and determination to bear more responsibility than anyone else for running the Company. This decision has prompted a lot of argument, but I believe it raises questions in a good way. I can say that SoftBank is the most independent and purely growth-oriented among many large corporations in Japan.

Lastly, what could you tell us about governance at SoftBank?

In the end, it is important to listen sincerely to the voices of external stakeholders, to ensure that governance is substantive, not a formality, and to always maintain the flexibility to change. Systems in a corporation are introduced in a format that corresponds to the situation at a given time, so as years go by, there are always some parts of them that go stale. We should not continue to do something forever once we have decided on it. At times, we need to decisively disrupt a system to make sure it functions well. After all, the things we check are what someone else has selected and highlighted, and there is no guarantee that’s all there is. Of course, building a solid system can be the foundation, but nothing could be perfect if human beings are involved. That is, checks on governance are also an issue that ultimately goes back to trust between people. In that sense, SoftBank is a large corporation with an open-minded culture in which we can speak freely to anyone. I think that is especially notable.

And one more thing: we have Board Directors with an ownership or startup spirit, and that heightens corporate value as a whole. That is where SoftBank’s strength lies and we’ll want to keep our eyes on the regime of Miyakawa to make sure it fully leverages the comprehensive strength of SoftBank.