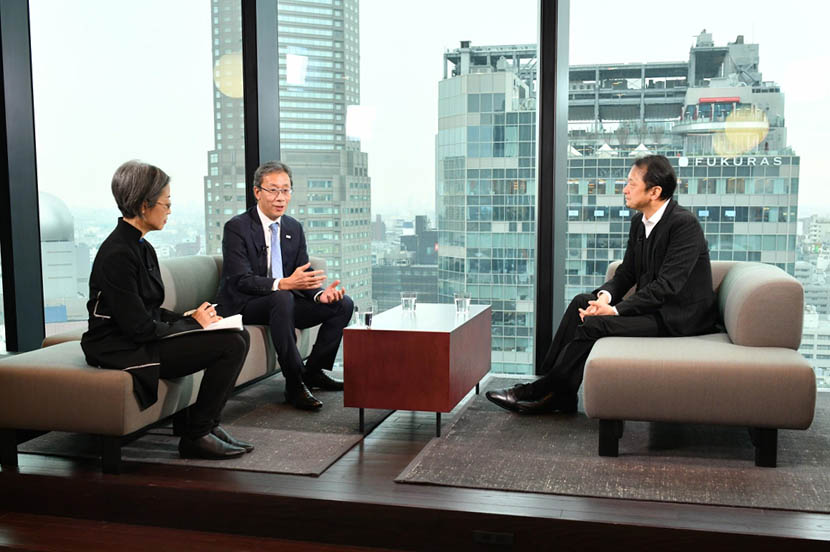 The Institute for AI and Beyond, a world-class AI research institute established by the University of Tokyo, SoftBank Corp., SoftBank Group Corp. and Yahoo Japan Corporation that has been conducting joint research since July 2020, held its inaugural symposium on February 20, 2021. Based on the theme “Living with AI, Going Beyond AI,” the online event featured speakers and panelists who discussed a wide range of AI-related topics and issues, including AI’s societal significance and what “smarter AI” could look like. Participants also addressed ethical considerations, such as transparency, gender bias and racial bias in AI programs.

When asked how AI can help bridge deepening rifts in society, Minister Tang compared AI to fire. “It’s very destructive when not used correctly, but we don’t restrict the use of fire to just a few elites,” she said. “Instead, we teach about the safe use of fire, like we do for children in cooking classes. It’s about how we can cook for the better and share our recipes with others.”

Following introductions of research activities from 10 research leaders at the Institute for AI and Beyond, the symposium closed with a special dialog between UTokyo’s Teruo Fujii, Executive Vice President, Director of the Institute for AI and Beyond, and SoftBank Corp.’s CTO, Junichi Miyakawa. Incidentally, both Fujii and Miyakawa are scheduled to become Presidents of their respective organizations from April 1, 2021.

Miyakawa noted that since SoftBank Corp. is focusing on new businesses like smart cities, MaaS and healthcare, the Institute can make major contributions since these areas require a high degree of coordination between companies, governments and academia.

Stating his aims, Fujii said he hopes the Institute will create totally new AI concepts and technologies, and through the joint efforts of UTokyo and SoftBank, that they will take root and resonate throughout society as businesses.

Both Fujii and Miyakawa agreed that while AI will be a foundational technology for society, ensuring fairness and transparency will also be critical so everyone can benefit.

The entire event can be seen here.