(Video in Japanese. Turn Subtitles/CC on and use Auto-translate in YouTube settings to view in other language) 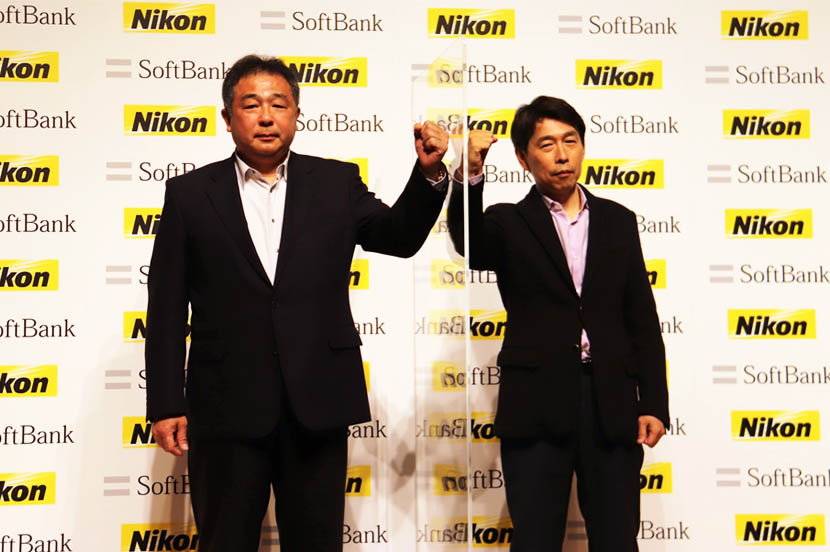 Hironobu Tamba, Head of SoftBank’s IT-OT Innovation Division, Hironobu Tamba, elaborated. “In preparation for the 6G era, R&D for communications technologies that use infrared and sub-millimeter waves is gathering momentum. In our exploration of new areas to provide more sustainable communications with higher added value, we chose to focus on light. I’m not saying that light will replace radio waves, but we expect the future will see light and radio waves supplementing each other to realize telecommunications that meet diverse needs.”

Radio waves tend to interfere with each other in different frequency bands, thereby generating noise. On the other hand, light has properties different from those of radio waves, and the two are capable of co-existing without interfering with each other. However, another property light has is “rectilinear propagation,” and this has significantly hampered expansion of its use in applications until now.

Tamba then explained how the latest joint experiment developed. “Despite the potential of optical wireless communications, we needed a tracking technology to resolve the issues caused by the ‘rectilinear propagation’ of light. To that end, we focused on combining two elemental technologies, namely ‘image recognition’ and ‘gimbal.’ In 2019, we successfully proved the principles of a short-distance tracking technology and obtained patents. We thought that this technology could be applied for purposes other than telecommunications. In order to speed up the process of applying this technology for practical use, we decided to collaborate in joint experiments with Nikon, a company that has a competitive edge in optical applications and image recognition technologies.”

It is believed that tracking technology can be utilized in various ways. For example, it may reduce the time required for preparing mobile base station vehicles for wireless relays. It is also anticipated the technology can be applied to provide mobile base stations with backhaul. In terms of wireless power supply, which is essential for realizing smart cities, pinpoint power supply for remote stationary or moving objects will be made possible. Furthermore, when broadcasting soccer matches, by combining a fixed camera showing the entire pitch and a gimbal-mounted camera, image recognition technology enables the up-close tracking of a given player. The technology has vast potential. 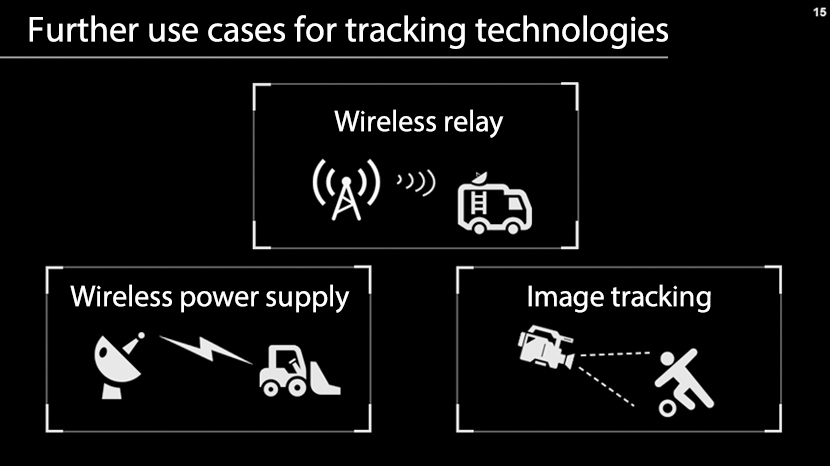 Subsequently, Nikon’s Yuichi Shibazaki, Corporate Vice President and General Manager of Next Generation Project Division provided an explanation of the tracking optical wireless communication equipment. While Nikon is well-recognized as a camera manufacturer, the company’s business domains also span healthcare, precision machinery, and industrial devices and digital solutions in addition to images. These businesses are based on technologies that utilize optical and precision technologies, which are also technologies used for the tracking wireless communication described here.

Shibazaki explained how the communication system works. “You can see that this demonstration robot has a shape like that of a human face. In the middle of the equivalent of a human forehead, is an optical wireless communication module provided by SoftBank. Underneath it, there is a camera that serves as an eye, albeit only one. Using the camera, the robot recognizes the image of another robot and tracks it. The robot’s visual sensing function precisely controls its parts from the neck up, and when the two robots face each other, communication is maintained. That’s how it works. Imagine that the two robots are emitting beams from their foreheads to understand each other using telepathy. In this experiment, Nikon’s existing product, ‘Laser Radar’ spatial distance measuring equipment, was applied, saving us a great deal of time in development.” 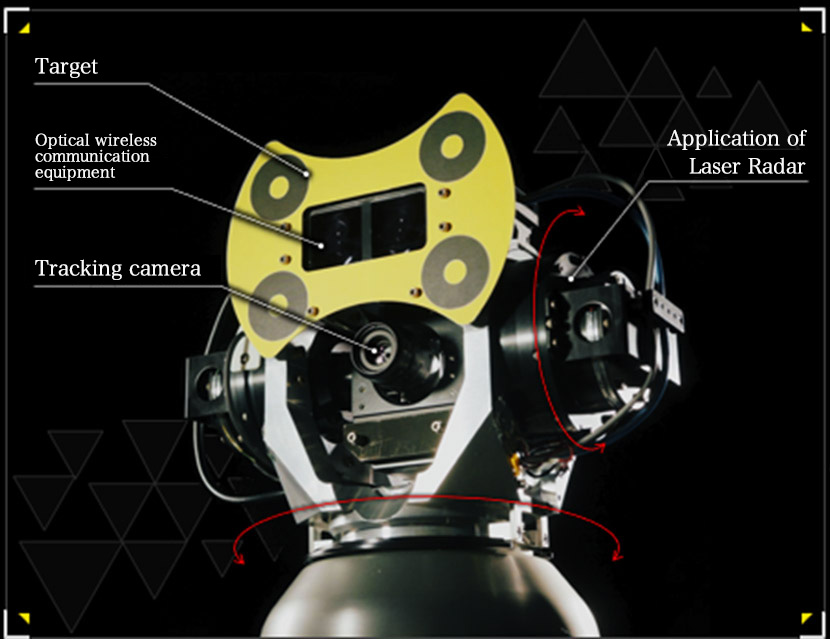 There are two major technologies used in the system. One is a target recognition technology that utilizes AI image processing to detect a target from the background. High levels of recognition rates are ensured through the learning of a number of patterns, including background reflections such as wiring and structures, background brightness, distance, and focus. Additionally, the iconic yellow board invented after a trial-and-error process helped to improve recognition rates further thanks to a unique target design.

The other is a precision tracking technology. Simply aligning the two cameras’ axes is not enough to make the wireless communication modules located above them to face each other. Therefore, the camera axes are controlled according to the other robot’s position. Shibazaki expressed his strong belief in the technology’s potential, commenting, “Successful target recognition was achieved with two robots placed 100m apart, a maximum distance for the specifications of the communication equipment used. I’m confident that this technology will lay the foundation for the achievement of 1 (km)/1G (bps) in the future.” 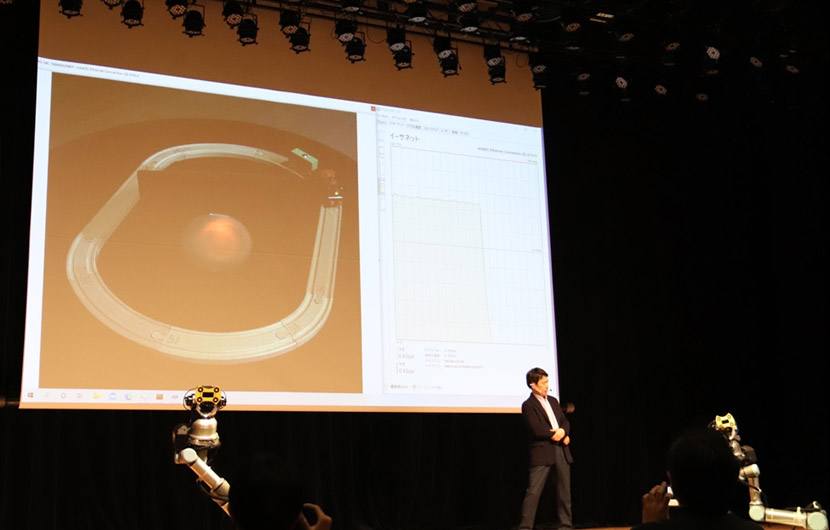 Closing the event, the two speakers touched on their companies’ efforts to effectively demonstrate technologies that mount optical wireless communication devices on mobile objects despite the various difficulties they have faced so far. “This technology is still in its infancy. With the aim of achieving practical use in several years’ time, we’ll identify targets for business applications while examining various use cases. We’re committed to increasing speed and reducing size and cost to meet different requirements” they said.