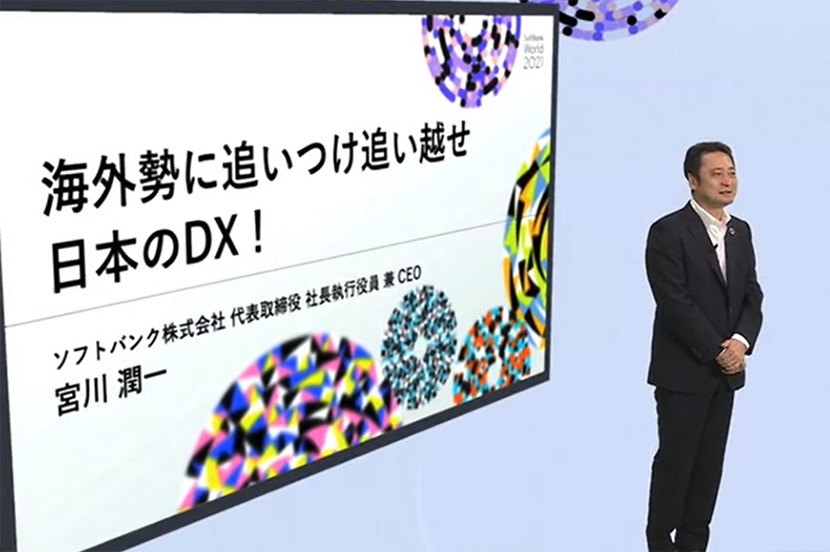 A recent survey conducted by a group company of SoftBank Corp. found that more than 80 percent of respondents in Japan working in over 25 industries did not know the meaning of DX, and only 23 percent of companies queried said they were engaged in some kind of DX activity. For a country whose economic prosperity is dependent on international trade, that is worrying news.

But what is DX and why is it important? DX is an abbreviation for digital transformation, particularly the recasting of operations and processes in government, business and society by applying digital technologies. In a virtual keynote speech delivered to corporate customers at SoftBank World 2021 on September 15, SoftBank Corp. (TOKYO: 9434) President & CEO Junichi Miyakawa asserted that the lack of understanding and urgency regarding DX is symptomatic of why Japan is now lagging in global competitiveness.

“Today,” said Miyakawa, “not a single Japanese company is ranked in the top ten and only one company, Toyota, features in the top fifty.” Meanwhile, the latest IMD World Competitive Rankings placed Japan 31st among 58 countries judged for competitiveness.

In explaining what has changed during the last thirty years, Miyakawa said the global business landscape has undergone a seismic shift. Notably, new American IT companies like Amazon, Google and Facebook were created and have since grown into giant businesses that drive the world economy. In China, too, new IT companies have sprung up and expanded, and are now helping change international industries and markets. 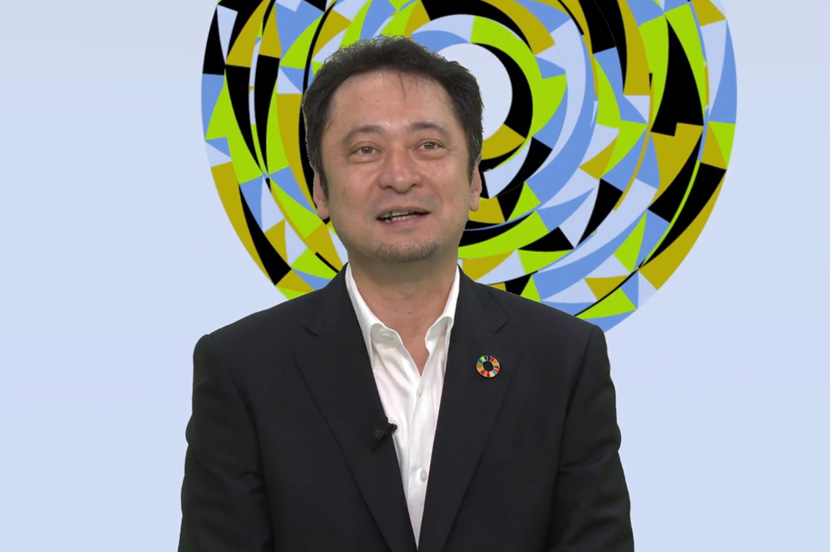 “Unfortunately, Japan has not been able to create many new IT companies of similar strength,” says Miyakawa. “So, in some respects, we have become a backward country in terms of innovative IT.”

He offers several examples to illustrate this point. In the area of e-government, Denmark established a national identification number for its citizens back in 1968. Japan, by comparison, finally implemented such a system, dubbed My Number, in 2016.

Regarding cashless payments, Denmark, following in the footsteps of Sweden and Norway, stopped minting new currency in 2016 because of its citizens’ strong receptivity to conducting financial transactions electronically. Cashless payments in Japan, however, accounted for just one quarter of private consumption expenditure in 2020. So SoftBank has seized the opportunity to accelerate the drive to cashless. The smartphone-based payment system offered by SoftBank group company PayPay now has 41 million registered users and the largest share of smartphone-based transactions in Japan.

Over in China, to give but one example of DX, autonomous taxis, called robotaxis, began operating in some major cities last year. Today, more than 200 such taxis are in operation there, an advancement made possible by forward-looking government deregulations and financial assistance. Hence, not only the U.S. and Europe, but also China has leaped ahead of Japan in transforming themselves through aggressive application of digital technologies.

“To catch up,” says Miyakawa, “we must swiftly advance digitalization and use DX to make ourselves more competitive.”

However, whereas the U.S. market is application and product driven, and in China it is the government galvanizing business, Japan would do better to create its own way to move ahead. For this to happen, “Industry, government and academia–indeed the whole of Japan–needs to collaborate,” he says. “Which means educating citizens on the advantages IT and digitalization brings.”

To this end, SoftBank has taken the lead in setting up educational programs to teach elder citizens how to use smartphones. “Only two out three people in Japan have smartphones,” explains Miyakawa. “This is creating a digital divide, especially between older and younger generations. Which is why we’re working to make sure no one need miss out on the benefits digital technologies can bring.”

Another way SoftBank is promoting DX is by applying its “Digital Twin” platform to tackle the demographic challenges facing Japan: namely its steadily aging population and declining birth rate. Digital Twin is the virtual creation of a section of the real world, which can then be analyzed or manipulated to enhance our experiences in the real world.

A good example of Digital Twin is the Next-Generation AI City Simulator being developed by SoftBank and the University of Tokyo, in cooperation with other private sector companies. 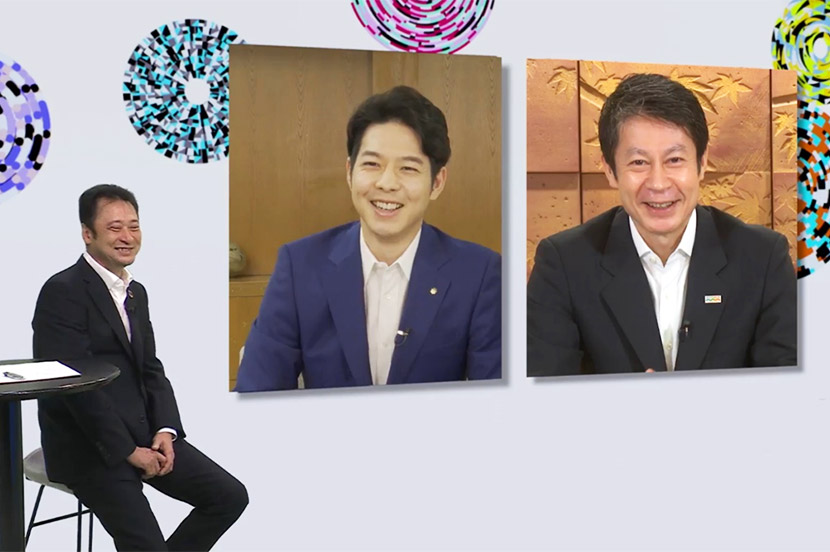 Miyakawa’s call for a nation-wide collaboration to advance DX won support from the Prefectural Governor of Hiroshima, Hidehiko Yuzaki, and the Governor of Hokkaido, Naomichi Suzuki, who both spoke at SoftBank World 2021 on the challenges they face in implementing DX in their prefectures.

Governor Suzuki noted that the island of Hokkaido is by far the largest prefecture in Japan, accounting for some 10 percent of the country’s land mass, much of which is forest. With a population of just 2 million spread throughout the prefecture, Suzuki said it was important to create a modern communications system to help make government effective. So he’s authorized the distribution of 18,000 smartphones, one for every prefectural government employee.

“This has helped change the mindset to digitalization in Hokkaido,” said Suzuki. “Now all prefectural employees have access to government data, even those working in the remotest villages and towns.”

Hiroshima’s Governor, Yuzaki, notes that much of rural Hiroshima is hilly, which is the reason why the prefecture has many wide-spread small communities. “With depopulation a reality, providing education for the children in some of these communities has become a challenge,” says Yuzaki. “The prefecture simply can’t afford to provide one teacher for a single student, for instance.” One answer, he says, is the implementation of broadband services that are enabling remote classrooms to be set up for educating students online.

After listening to the governors describe a variety of challenges like these, Miyakawa said it was important to understand each community’s particular issues before seeking to introduce digital technologies. SoftBank, he noted, was involved with 140 different local government IT initiatives throughout Japan and so was aware of the difficulties firsthand.

“Without doubt, in order to advance DX across Japan and especially into rural communities, we certainly need the help of the central government,” said Miyakawa. But private companies like SoftBank and universities also need to work together and play their part in promoting DX, as do citizens. Given such collaboration, he believes, “Japan can overcome the challenges the country faces, and at the same time become more competitive in the global arena.” 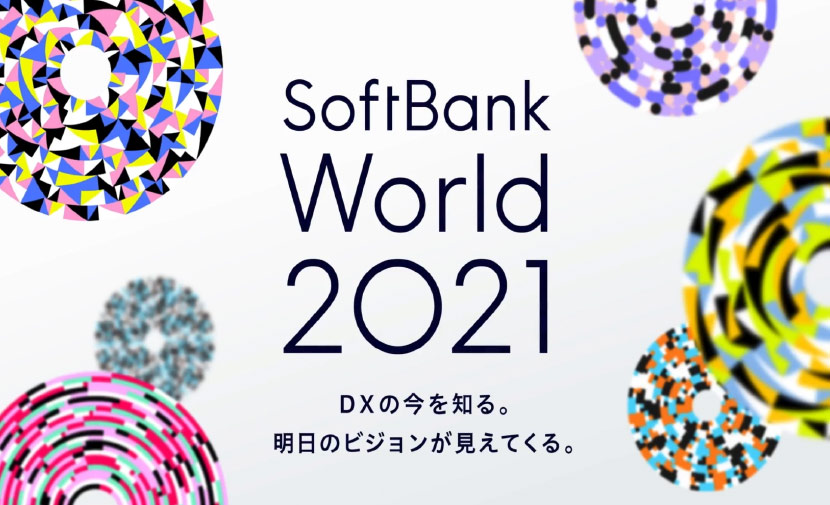