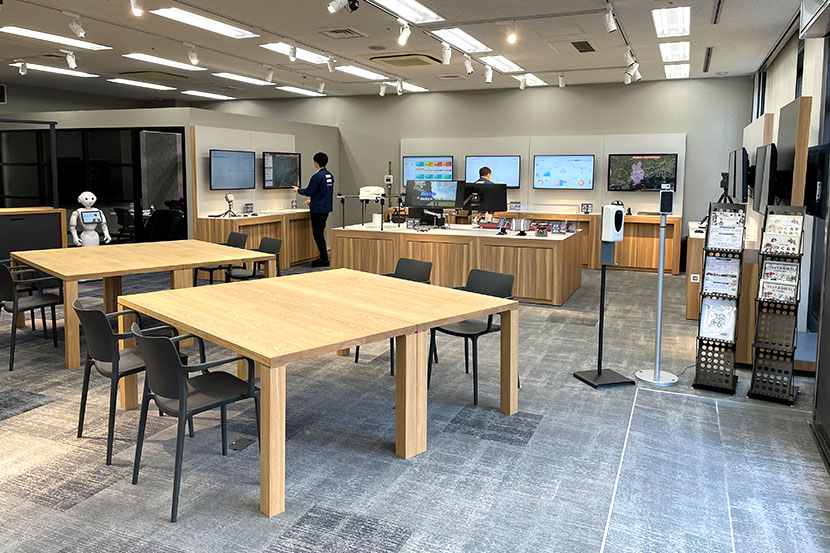 On December 1, 2021, SoftBank Corp. (TOKYO: 9434) opened its “Setouchi Tech LAB” in Fukuyama City, Hiroshima Prefecture. The facility was established as a base to promote digital transformations (DX) in the city and surrounding region.

Fukuyama City is situated in the center of the Seto Inland Sea—a scenic body of water that separates three of Japan’s four main islands—and has a population of about 460,000. Fukuyama is famous for its historic spots such as Tomonoura, a port that was designated as Japan's first national park, and Fukuyama Castle, which was selected as one of Japan’s top 100 castles.

So why did SoftBank decide to open a base to promote DX in a place like Fukuyama City?

Fukuyama City is a car-dependent city, so many people are troubled by traffic jams on main roads, and those without their own vehicles feel inconvenienced by the low frequency of public transport. Fukuyama faces other issues particular to regional cities as well, which include the slow pace of completing revitalization projects in front of major train stations.

In response, Fukuyama City is actively promoting trials that use new technologies under the slogan: “Fukuyama, the experiment city.” The city is also home to many manufacturers, making it an ideal place to solve problems with digital technologies.

At the Setouchi Tech LAB, visitors can experience advanced technologies that use IoT to solve local issues and get better acquainted with digital solutions. Pictured above is a solution that lets people enter information about litter they have picked up. The data points are linked to an application programming interface (API) that makes it easy to visualize litter data. 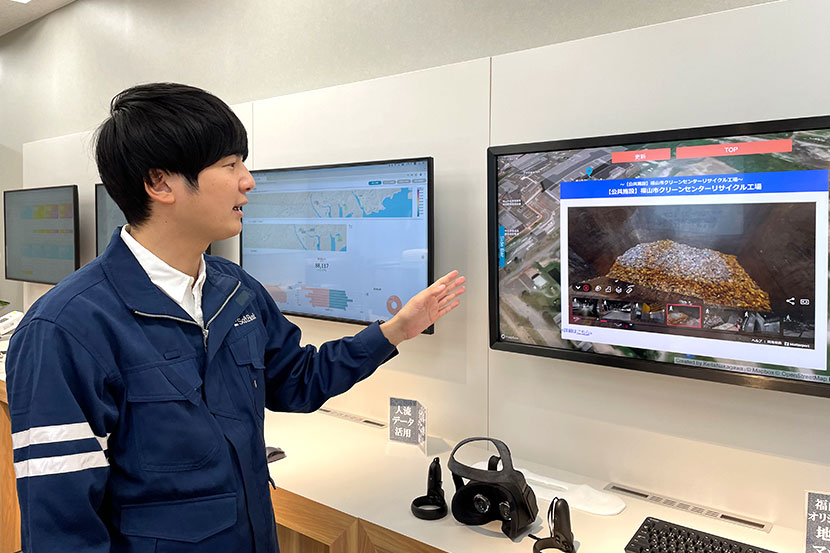 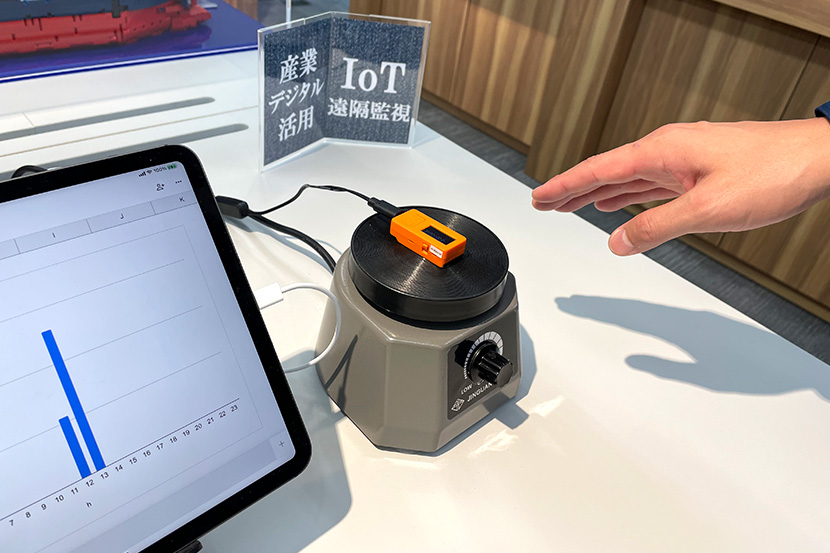 The lab also features equipment that allows people to view Fukuyama City facilities in virtual reality (VR). The city plans to use the system to guide students around tourist facilities and to conduct factory tours. IoT sensors that detect vibrations can be used to view hard-to-reach corners that cannot normally be seen due to safety reasons.

Fukuyama has a thriving manufacturing industry, so it is looking at digital technologies to remotely monitor equipment in factories. Low-cost IoT sensors that meet this need are on display. Other exhibits in the lab include the AI-powered "e-kakashi" agriculture solution and a drone that children can enjoy operating.

In addition to the exhibits, Setouchi Tech LAB is being used for events and workshops to promote networking for people from different industries. By increasing awareness of how technology can solve problems, SoftBank aims to promote DX in Fukuyama and the surrounding region.