The Institute for AI and Beyond held its 2nd International Symposium virtually on February 12, 2022. Among the topics discussed were the strides deep learning has made over the past decade, what we can expect to see in the future, and the challenges faced in integrating AI into society. The Institute was established in 2020 by The University of Tokyo, SoftBank Corp. (TOKYO: 9434), SoftBank Group Corp., and Yahoo Japan Corporation.

Teruo Fujii, President of The University of Tokyo (UTokyo), got the symposium underway by noting that when he began research in neural networks—software algorithms designed to mimic the human brain—to control robots in the early 1980s, he relied on PCs of the time with microprocessor clock speeds as low as 5 MHz, while hard drives sported capacities of just 20 megabytes. This lack of computer power greatly restricted the number of artificial neurons available in a neural network “to just several tens,” said Fujii. Given such meagre computer resources, “it took a week or two to create a single neural network model.”

No surprise, then, that AI was slow to advance in the years that followed.

The rise of deep learning

It wasn’t until about a decade ago that vastly increased computing power in the order of gigahertz clock speeds and terabytes of memory enabled a renaissance in neural network research, the result of which has led to a breakthrough called deep learning. Researchers are now able to use billions of neurons arranged in multiple layers of connected networks (hence the concept of depth), with each layer of neurons using the output of the previous layer to recognize and classify data that has been given labels and weights (degrees of importance). It was this dramatic quantitative change that has helped bring about an equally dramatic qualitative change, noted Fujii.

Consequently, in the past ten years, AI has been used to vastly improve image recognition, speech recognition, machine translation and certain business processes, said Junichi Miyakawa, President & CEO of SoftBank Corp., who presented the business view of AI at the symposium. For example, AI and deep learning in our smartphones are used to identify human faces and objects, among other things.

“But these are examples of AI used in individual programs,” said Miyakawa. Going forward, the technology will be coordinated, such as in the way SoftBank has begun using AI to create smart buildings. In SoftBank’s headquarters in Tokyo, for instance, cameras have been installed at the entrance so that thousands of employees can be instantly recognized so as to provide them with smooth access to the company’s facilities without the need of IC cards, while also preventing unauthorized people from entering such facilities.

“And when AI is optimized for an entire building, the building will be able to make its own decisions and take actions without human instructions,” said Miyakawa.

For example, autonomous cleaning robots could be activated when the building needs to be tidied up, while air conditioning, lighting and window shades will adjust automatically, according to the number and needs of people present. Building maintenance will also be monitored around the clock by AI, thus increasing the lifespan of the building.

Eventually, declared Miyakawa, we can expect to see this coordinated use of AI extended to city blocks, towns and entire countries. 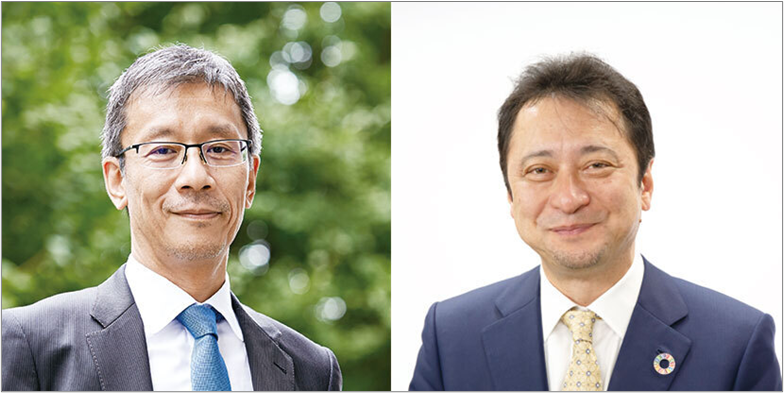 In addressing the challenges of implementing AI applications into society, Fujii pointed out that IT-related energy consumption, including AI and deep learning, is forecast to increase three-fold in the coming years. If electrical power generation doesn’t increase significantly at the same time, “we will face the danger of power blackouts,” he warned.

One way to help mitigate this problem is to use AI to optimize the supply and demand of energy. Miyakawa explained that AI data processing is performed on servers in data centers. “And some 80 percent of data centers in Japan are concentrated in Tokyo and Osaka.” If this concentration doesn’t change, it won’t be possible to meet future processing demands, he cautioned. “That’s why SoftBank is decentralizing its data processing by moving it to local areas, and we are also creating a system for distributed data processing.”

Another challenge facing the implementation of AI is the need for more engineers with the right skills for such work, Miyakawa revealed. As well as conducting its own in-house training of engineers, SoftBank’s role in helping establish the Institute of AI and Beyond is part of the company’s effort to hire graduates with suitable backgrounds.

Fujii noted UTokyo has several graduate schools and departments training students and researchers to become experts in AI. In addition, UTokyo has established a university-wide AI education program where students from different fields who are interested in AI but without it being their major, can take a variety of courses on the subject.

The symposium presented two panel discussions attended by researchers from UTokyo, Google, the Flatiron Institute, and Kyoto University. Perhaps the most provocative comments were made by François Chollet, a software engineer with Google. He pointed out there were a number of misconceptions surrounding AI, in part formed by science fiction novels and films.

The biggest misunderstanding was the public’s perception that AI was about the creation of artificial human minds with a will of their own and possessing an autonomy similar to that of their creators. This conjured up the idea AI would eventually succeed in pursuing its own goals and maybe one day turn against humans. Such a notion has given rise to various anxieties concerning AI that are not rooted in reality, said Chollet.

He went on to explain that AI does not possess intelligence per se, given that intelligence, he argued, exists in living creatures which require it to adapt to a changing environment. Such intelligence is grounded in the experiences that come out of a creature’s actions taken to stay alive in its environment. AI is not alive and so has no access to such experiences. Therefore, it does not understand the meaning of the data it’s given, such as a picture, or a spoken or written sentence, for instance.

Chollet gave the example of autocorrection in Gmail, an email application. The system checks every word written against a built-in dictionary and suggests alternative words based on previous choices when a written word doesn’t match anything in the dictionary. But sometimes the suggestions or automated corrections are absurd, given the context, because the system does not understand the meaning of what has been written.

The human mind is just too complex to simulate “even 50 years from now,” said Chollet. It would take 12 more major breakthroughs on par with that of deep learning “to get even close to creating an autonomous human mind.”