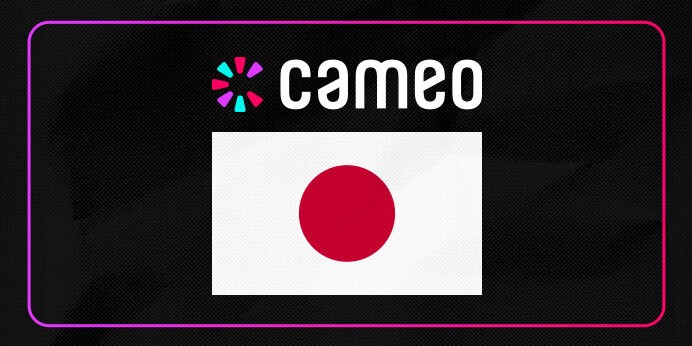 On February 16, 2022, SoftBank Corp. (TOKYO: 9434) and Cameo, a US-based leading marketplace connecting the world's talent directly with their biggest fans, announced a commercial partnership that will expand Cameo's global network to Japan. Cameo's service lets fans book personalized video greetings from their favorite celebrities so they can get them directly on their smartphones. Whether it’s a birthday, wedding wish or a pep talk, a Cameo can be great for all types of occasions.

In addition to a rapidly growing creator economy, Japan is home to some of the world’s biggest fan clubs and pop culture icons. According to Cameo, there’s a growing appetite among Japan-based fans to connect with talent. For example, Korean-American KPOP artist, actor, TV host, and influencer Kevin Woo has received more than 500 Cameo requests from Japan to date. South Korean singer and television personality Hanbyul Jang is also popular among people in the country.

Cameo service for Japan to be launched soon 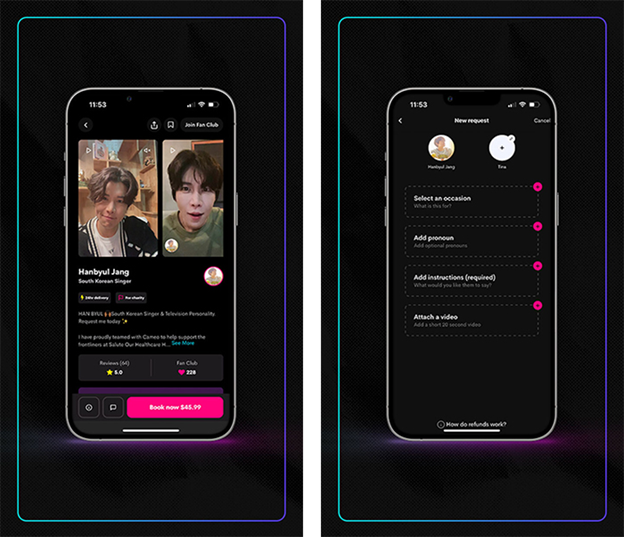 Singer and TV personality Hanbyul Jang is popular in Japan

With this partnership, SoftBank will support Cameo’s operations in Japan and Cameo will launch a service that lets fans receive personalized video greetings from their favorite celebrities in Japan in the coming months.

To make this happen, SoftBank is collaborating with Japan-based talent agencies such as HoriPro Inc., as well as sports teams, to bring more celebrities to Cameo’s network.

“Japan is a market we’ve already seen promising organic customer growth in,” said Steven Galanis, Cofounder and CEO of Cameo. “This partnership with SoftBank will accelerate our growth in-market and pave the way for expansion into the rest of East Asia.”

With the official launch of Cameo Japan expected soon, fans of Japan’s popular culture have a lot to look forward to.