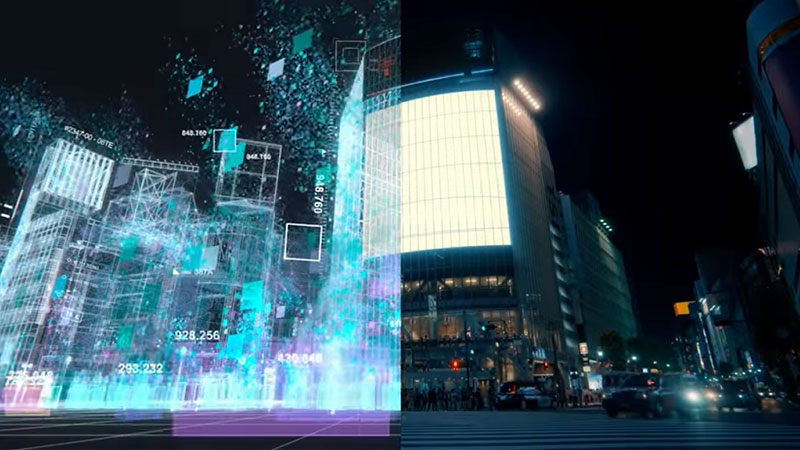 When you step out on your day off, the city is less crowded than usual. The cinema is showing that new movie you wanted to see. On the way home, you stop by at a relaxing café. After that, you browse through a bazaar with foodstuffs you want to buy.

Is this an ordinary day off? Or is it a pre-programmed simulation?

A simulation like this one may not be so far off. Currently, research is being done to simulate a city’s future by creating a digital version that mirrors its real-world counterpart through a technology called “Digital Twin.” This technology is already being put into practice, which begs the question: how could Digital Twin change our lives?

To find out, SoftBank News spoke to Kenji Tanaka, an Associate Professor at the University of Tokyo and Digital Twin researcher, as well as Ryo Kunieda and Taizo Kato of the AI Strategy Office at SoftBank Corp. (TOKYO:9434). Kunieda and Kato both conduct AI-related research and development at SoftBank. 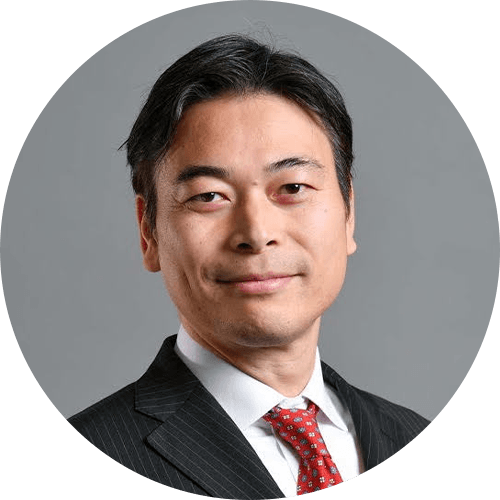 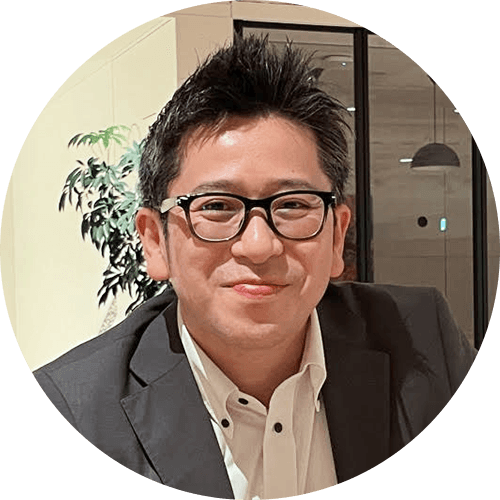 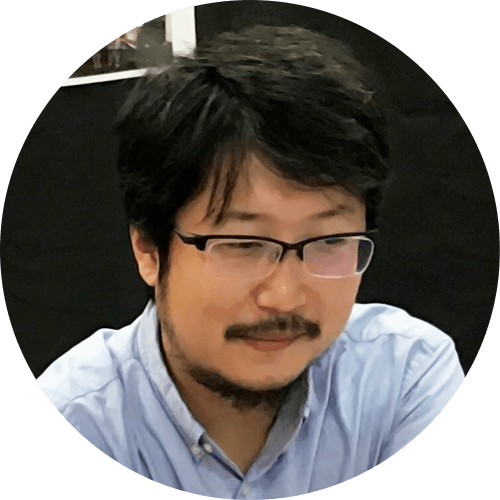 Tanaka: Digital Twin technology takes physical data from the real world and reproduces it in a digital space to conduct simulations under various conditions.
It’s already been introduced to the manufacturing sector. For example, factories can be simulated in the digital space to examine the pace of equipment deterioration and frequency of defects before going into actual operation. 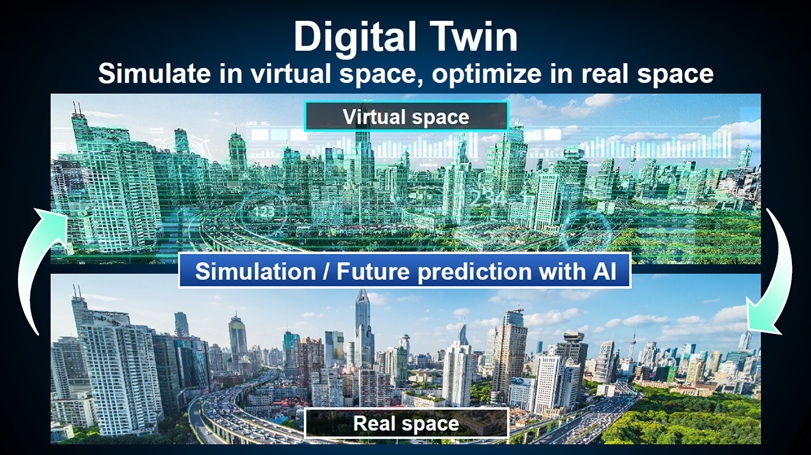 So that means you can verify what will happen in a digital space that mirrors reality?

Tanaka: That's right. What we’re trying to do now with Digital Twin is to simulate cities.
On TV and other forms of mass media, we’re given forecasts about the expected number of people going places based on floating population data. However, the actual population flow is tied to multiple factors such as weather, traffic conditions, events held in the vicinity, and accidents of some kind. Digital Twin is an effort to reflect these real-world data sets in a digital space to make highly accurate forecasts.

What kind of data sets do you use?

Tanaka: To name a few, we gather weather data, smartphone location data, passenger number data, AI camera footage, and social networking posts about the city. In the future, we envision using data from IoT sensors, power grids, logistics deliveries, and cash register sales. By plotting this data onto 3D maps, we can visualize where people are moving in the city.
This is the ultimate form of Digital Twin, but we’re initially focusing on forecasting population flows.

What does a city simulation with Digital Twin look like?

Tanaka: Imagine a 3D map of a city on a digital screen, with trains and buses moving according to their timetables, visualizing the flow of people. 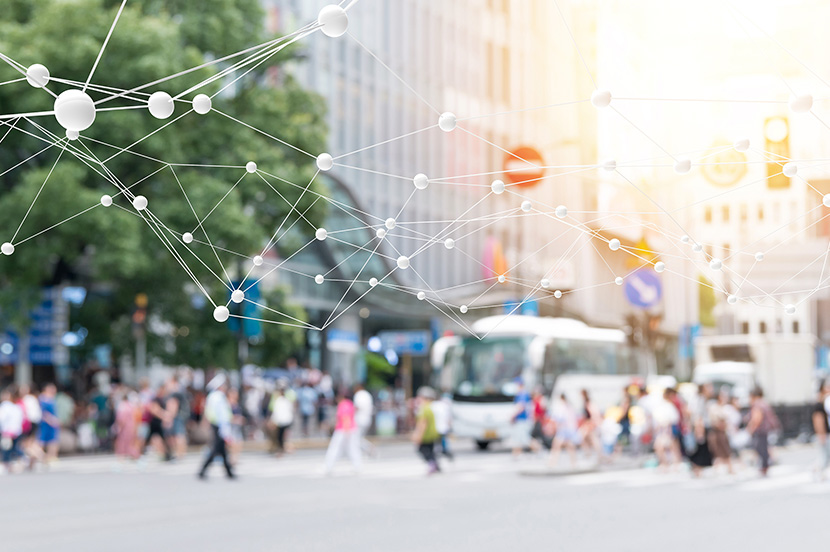 I envision a system that shows what kind of movements and actions people are making at a given date and time while reflecting historical data. For instance, we could predict how many people are watching movies, shopping, or commuting to work, and we could also forecast how many people will go home immediately after watching a movie, and how many would stop by at a café.

We’re currently researching a system that can simulate different conditions in this way to predict what kinds of movements will occur under certain given conditions.

If you can predict people's movements, what kind of things will be possible?

Tanaka: Using the previous movie example, we can also simulate ways of encouraging people who went directly home to stay longer and enjoy other attractions in the city.

We can guide them to cafés that are open after the show, issue discount coupons for stores they frequent, or hold events such as product exhibitions. By using the Digital Twin to simulate what kinds of incentives will bring more people into town, it’s possible to implement measures that could be highly effective in revitalizing the town, and to increase the number of visitors and sales at commercial facilities.

It's helpful to be able to predict results before implementing new things, isn’t it.

Tanaka: We’ll provide information that suits the people’s lifestyles and habits, so they can enjoy the town naturally. What kind of measures can we take to revitalize cities and add value so they’re attractive places to live in and visit? I’d like to explore this theme further with Digital Twin.

Will it be a long time before this research is commercialized?

Tanaka: No, not at all. We already started a Digital Twin project around Ebina station on the Odakyu Line. [Editor’s note: Ebina station is a major railway hub located approximately 40km southwest of central Tokyo].

Creating "another Ebina" with Digital Twin 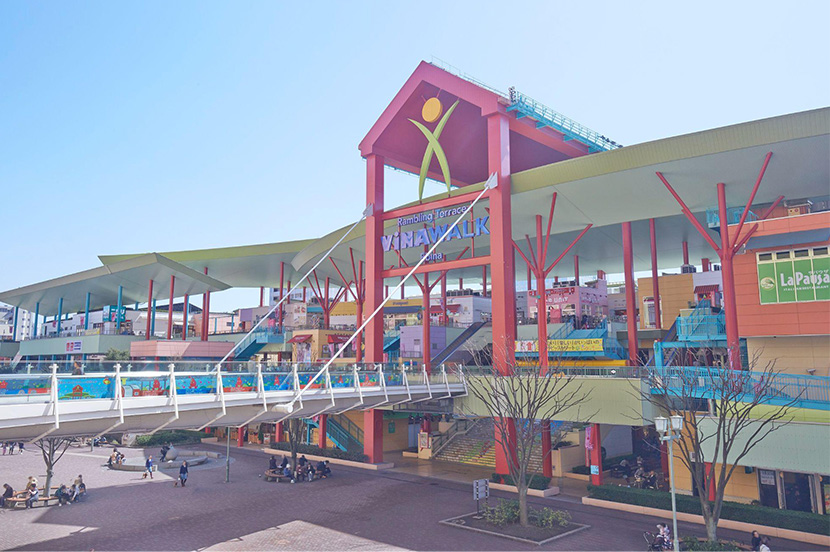 Mr. Kunieda and Mr. Kato of SoftBank, you’re also working on this Digital Twin project in Ebina, aren’t you? What is happening there now?

Kunieda: We’re conducting research and development for a "Next-generation AI City Simulator" within the framework of the Institute for AI and Beyond, an industry-academia collaboration between SoftBank Corp. and the University of Tokyo. 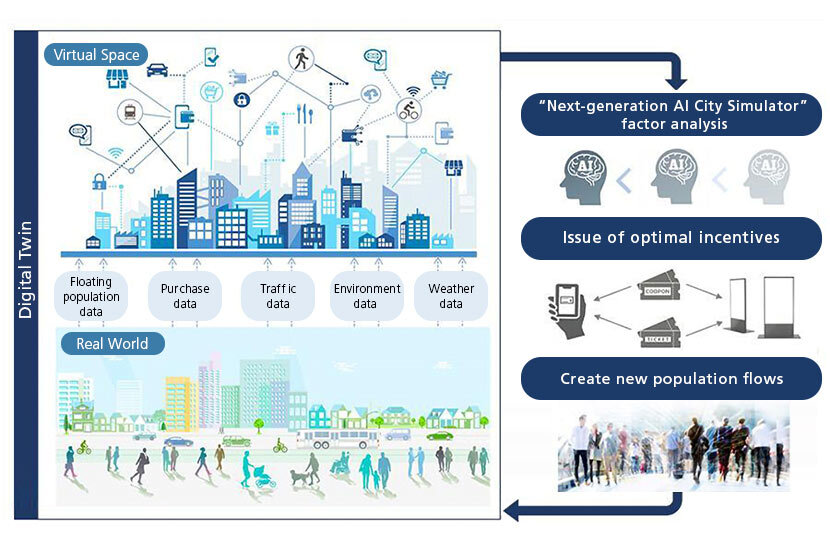 This project will predict the flow of people and their behavior by reflecting data on floating populations, traffic, purchases, and visitor attributes around Ebina station on the Digital Twin. Simulations will be made based on actual data obtained at Ebina, and conditions will be changed so that past, present, and future conditions can be viewed on the Digital Twin. Ultimately, we would like to reach the stage where we can implement this project in a real-world setting and provide services with a view to post-COVID to avoid crowding. 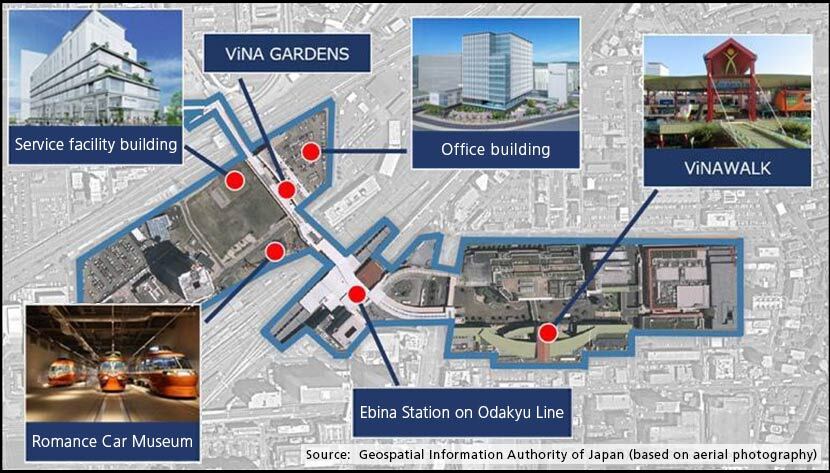 For example, can you forecast sales a week from now with Digital Twin?

Kato: Yes. Based on data from historical floating population flows, it’s also possible to forecast sales by setting conditions such as the weather on the day of an event and events in the surrounding area. If there’s a prediction that sales will drop by 10%, we can verify the cause by simulating several different conditions. If there’s a prediction for lower sales, we can take countermeasures such as distributing coupons or changing the content of digital signage to mitigate the decrease.

Could this be realized in other cities besides Ebina?

Kato: We would like to conduct trials in Ebina to further improve the accuracy of the technology, and eventually make Digital Twin a technology that supports the development of smart cities in various locations.

Digital Twin to enable a world with a more predictable future

Dr. Tanaka, how will our lives change as Digital Twin technology is adopted?

Tanaka: As mentioned earlier, by distributing coupons and providing information on available nearby stores, it’ll become possible to suggest to consumers how can they spend their time in a given area. They’ll be able to receive information that fits with their own activities. In other words, they’ll be guided naturally.

In the long run, by utilizing floating population data, it’ll be possible to set transportation schedules, encourage off-peak commuting, staff stores and create work shifts in accordance with population flows based on predictions, such as when there are fewer people in an area at a given time. Resources, labor resources, and costs would be utilized with less waste, leading to increased operational efficiencies for businesses and improved working conditions for employees.

In addition, if various data sets such as electrical power and logistics can be integrated into a Digital Twin and simulated, it’ll be possible to optimize the grid and distribution to efficiently manage store inventories.

With the rise of IoT, there’s much more data that can be obtained than before. It goes without saying that it’s necessary to protect people’s privacy. But by collecting a variety of data sets in the future, I believe we can make use of this data to create smart cities where people can live with greater comfort and convenience.