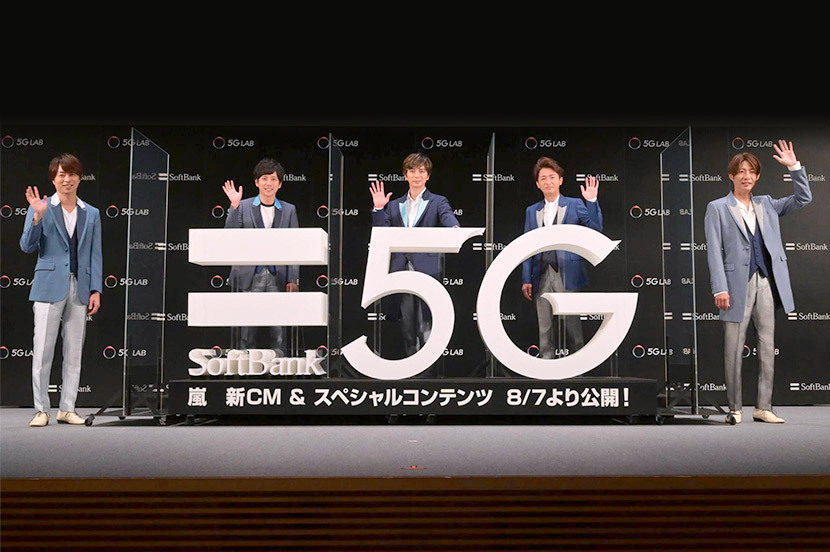 All five members of Japan’s top-selling boy band Arashi appeared at a SoftBank Corp. (TOKYO: 9434) press conference held at Tokyo International Forum on August 5 to unveil a 5G-based project that promises to open up new entertainment possibilities based on the theme: “Going to a world never seen before, together.”

Active for more than 20 years, Arashi is a highly popular act not only in its native Japan, but other Asian countries as well. In addition to performing as a band, members have also appeared in movies, TV dramas, variety shows and commercials.

At the beginning of the presentation, Jun Shimba, Representative Director & COO, reviewed SoftBank’s 5G initiatives in Japan so far.

He remarked that in March this year SoftBank announced its handset lineup, next-generation content services like “5G LAB” and the “Merihari Plan,” which offers high data volumes and discounts when data is not being used. Shimba also said that SoftBank aims to achieve more than 90% population coverage for its 5G network in Japan by the end of fiscal 2021 (the fiscal year ending March 31, 2022).

Shimba noted that, among other things, SoftBank has been working to create new value by strengthening 5G LAB to provide unique and immersive entertainment experiences. The service lets anyone enjoy and experience concerts, sports matches and other events from a virtual VIP seat without being restricted by time or location.

Now, as a project to explore new possibilities for entertainment in the 5G era, Shimba announced that SoftBank is collaborating with Arashi to create a completely new 5G-powered entertainment experience based on the theme: “Going to a world never seen before, together.” 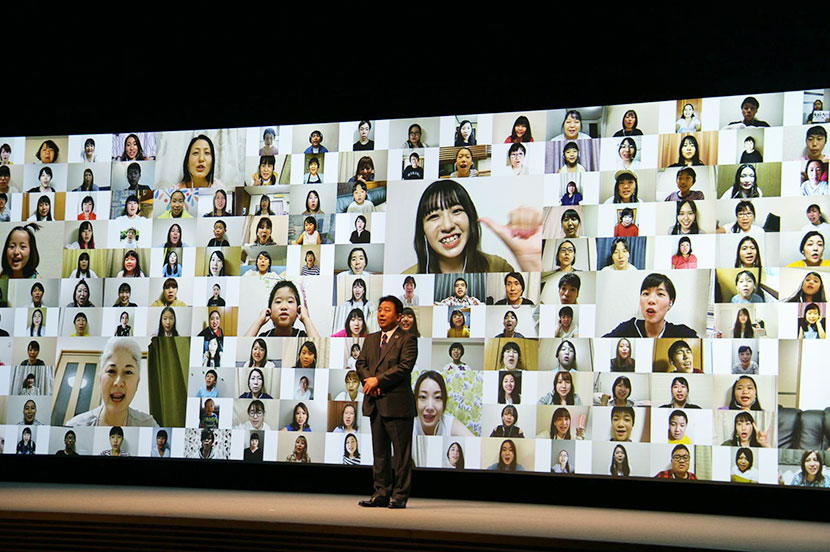 “5G Virtual Choir,” the first stage of this project, gave fans an unprecedented opportunity to create a TV commercial by virtually singing along to Arashi’s signature song “Love so sweet” with Arashi’s five members via a special app and website.

At the event, Arashi members watched the new commercial “5G Virtual Choir” for the first time. Band member Sho Sakurai said, “This is the first time we've asked our fans to help us make a commercial, so I was really looking forward to seeing the finished product. We filmed our part of the commercial before we asked fans to participate, and it turned out better than I imagined.” Members of Arashi then talked about what it was like to film in front of a green screen, which is commonly used in film production to insert computer-generated backgrounds.

We want to enjoy this exciting world to the fullest with our fans!

At the event, it was also announced that 5G LAB will feature exclusive new content featuring Arashi. 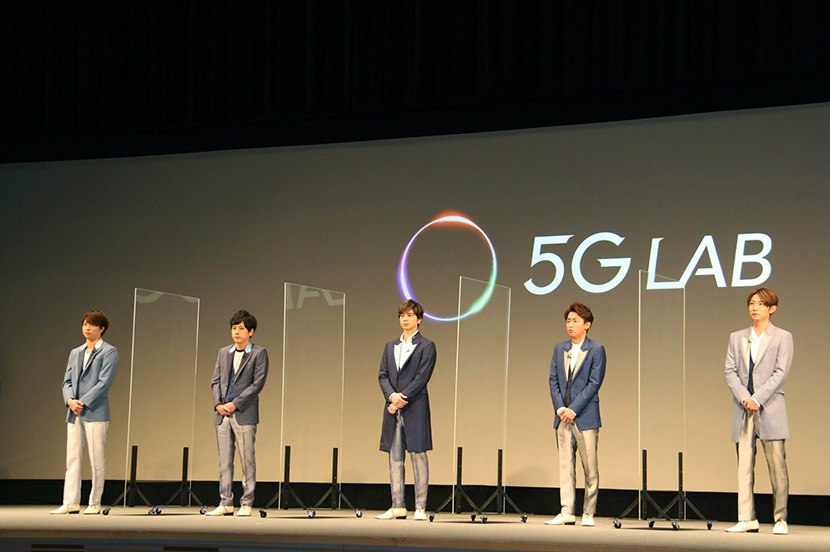 “FR SQUARE” (FR is short for “Free view point Reality”), a new service that lets users enjoy video from a wide range of angles, began offering Arashi content from August 7. Using a “Multi Camera,” customers can view videos from in front of the stage or from the side, as well as select a camera that follows their favorite member. Kazunari Ninomiya couldn’t help but be enthralled at how easy it was to switch angles and select different viewing perspectives. Selecting a camera that followed his bandmate Satoshi Ohno, Ninomiya said, “Look, Ohno has a habit of taking a break when he’s not singing,” to which Ohno replied, “It’s getting harder to be an entertainer these days, isn’t it?” Band member Jun Matsumoto, giving his impressions, said, “Until now, we’ve been in complete control about how our shows are presented, but from now on it’s really up to the fans.”

Band member Masaki Aiba spoke about exclusive Arashi content for VR SQUARE. Donning VR goggles, he relayed his experience. “I feel closer to you guys here than I do when we’re actually together on stage. It’s so realistic I feel like I can reach out and touch you guys. And I’m totally surrounded by Arashi members. I want it!” he said, unable to contain his excitement. 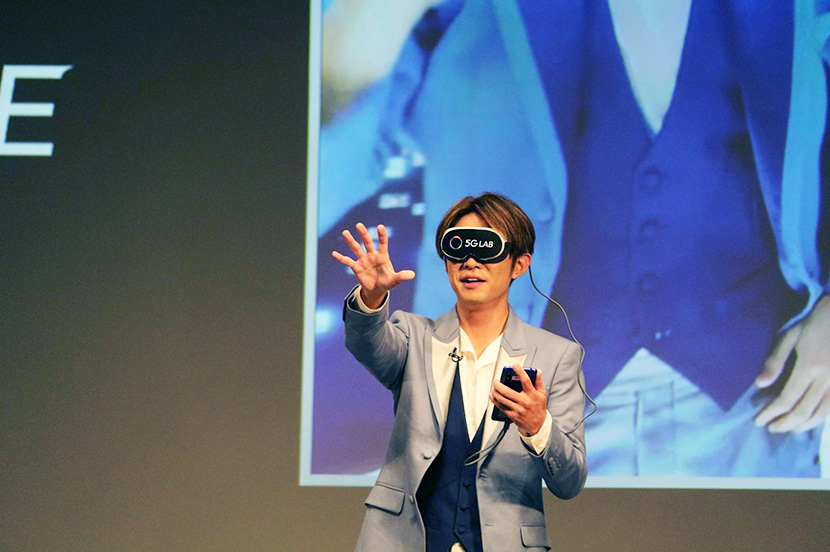 In closing, Matsumoto said, “I'm really pleased we could announce the first stage of our project with SoftBank today. We thank the many fans who participated in the massive virtual choir. Once the infrastructure is in place, the number of things we’ll be able to do will increase dramatically. We look forward to creating together a landscape that has never been seen before.”