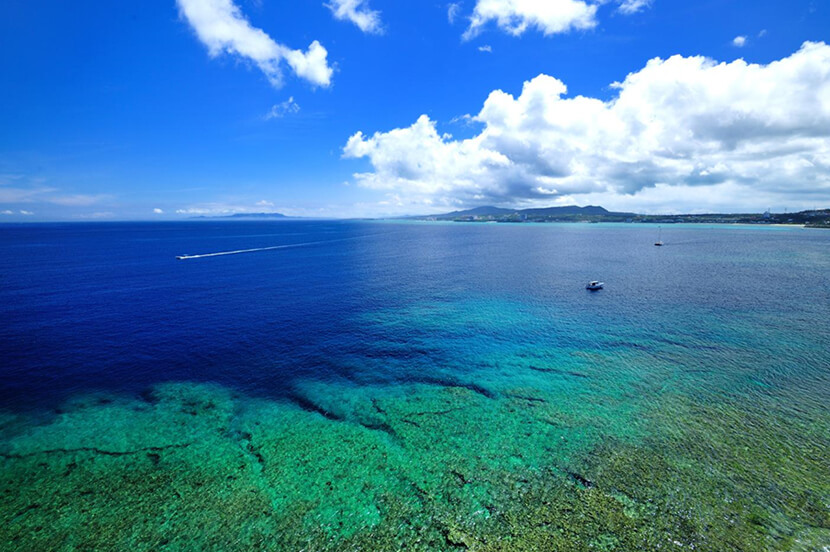 Okinawa, a chain of islands in the southernmost part of Japan, is famous for its pristine beaches and colorful coral reefs. Due to climate change, however, these reefs have recently seen severe coral bleaching, a phenomenon that greatly diminishes the reproductive abilities of coral. Consequently, the conservation of coral reefs has become a matter of high urgency in the region.

To help maintain biodiversity and protect the precious marine resources of Onna Village in Okinawa, SoftBank Corp. (TOKYO: 9434) teamed up with its group company WILLCOM OKINAWA, the Onna Village Tourism Association and Sunshine Aquarium to form the ‘SoftBank and Onna Village Future and Coral Project,’ which was officially launched on July 31, 2019. 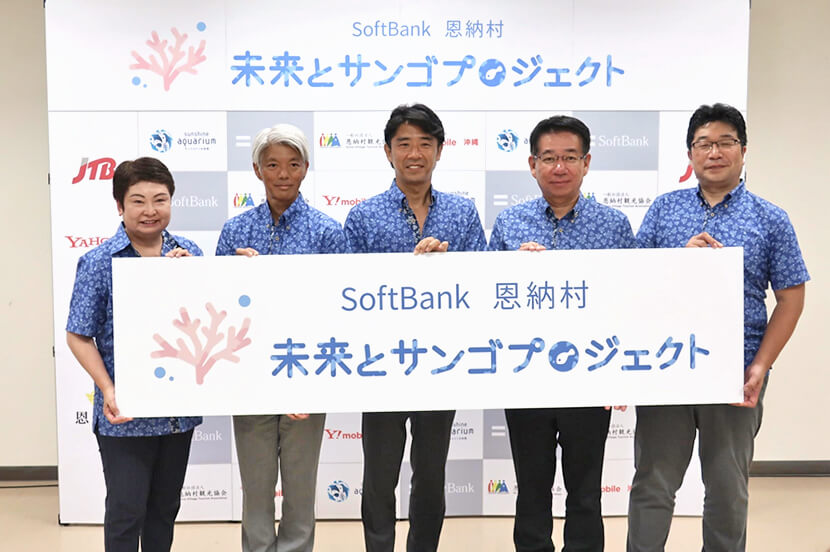 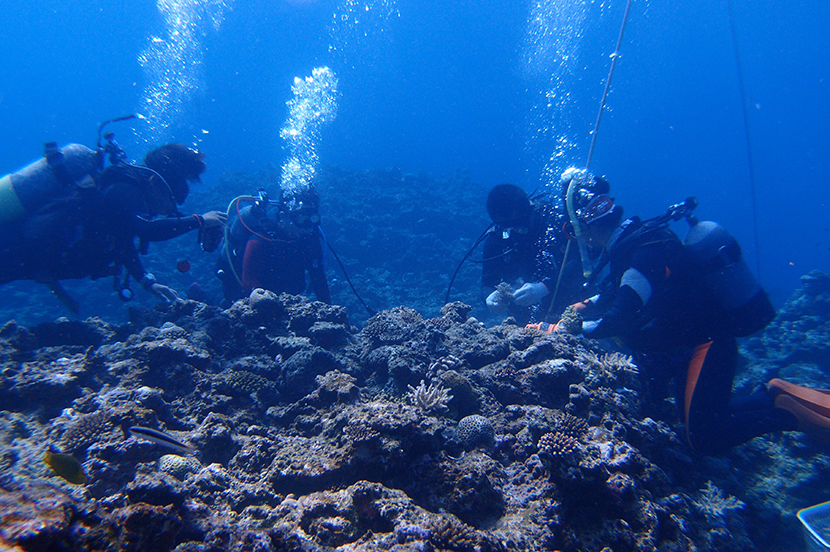 Volunteer divers planted coral off the shores of Onna Village

On October 7, 2019, about 140 volunteers from across Japan assembled in Onna Village to participate in the Project’s first coral planting and beach cleanup event. They were helped by donations amounting to about 600,000 yen (approximately 5,500 USD) from more than 2,000 people, who sent donations by using SoftBank’s Tsunagaru Bokin (which means “connected through fundraising”) and Yahoo Japan’s Yahoo! Internet Fund Raising platforms.

Divers wrote personal messages on the bases of 40 bundles of new coral before they planted them. One of the volunteer divers said, “It was difficult to keep my balance while using an underwater drill to attach coral. Participating in this event, I learned a lot about coral and marine conservation.” 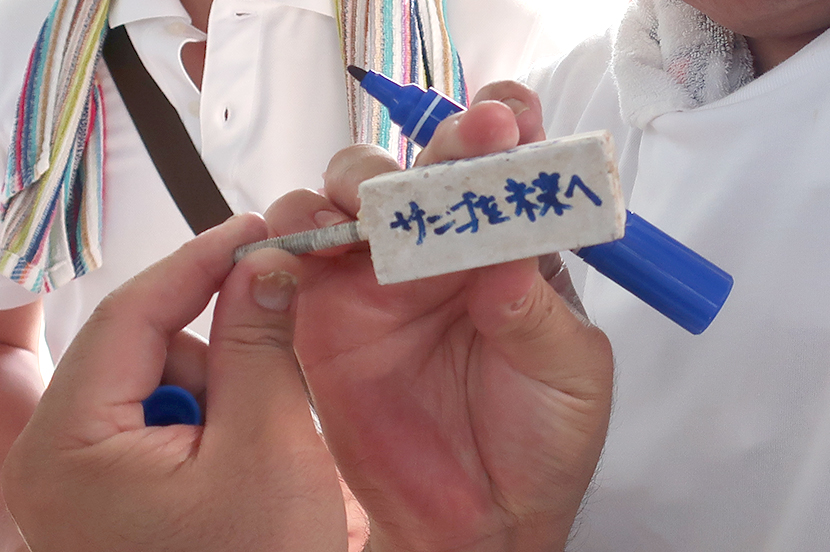 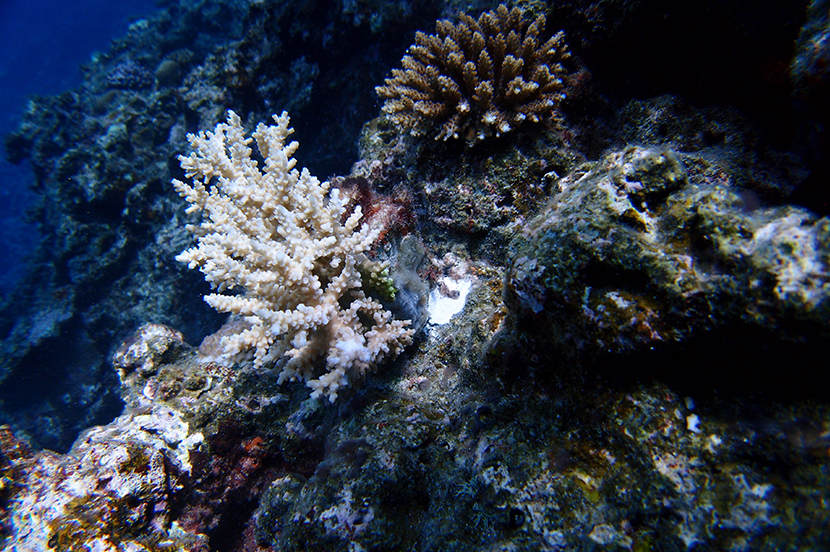 Approximately 140 volunteers also participated in a cleanup event at a nearby beach in Onna Village. An elementary student commented, “We play in the ocean a lot on the weekends, so our family came to participate. It bothers us to see garbage when we go snorkeling.” 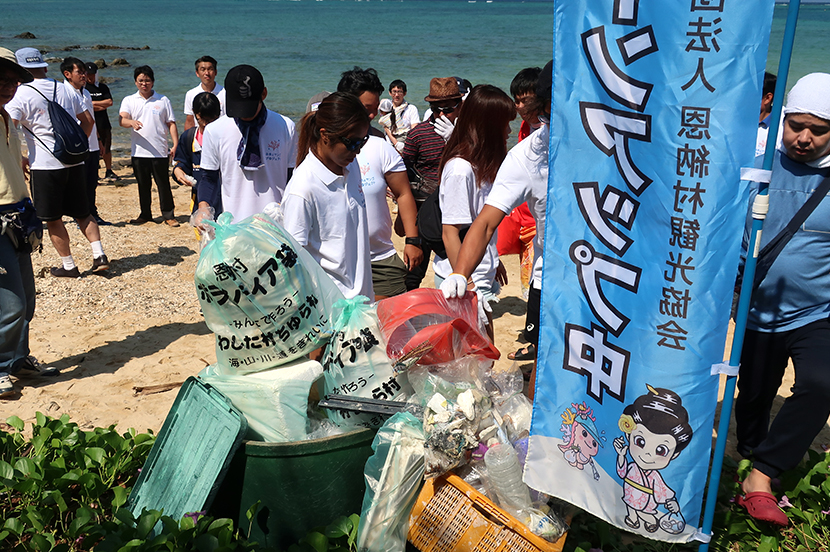 To help restore the coral reefs off the shores of Onna Village and to support the United Nations’ Sustainable Development Goal (“SDG”) No. 14--conserve and sustainably use the oceans, seas and marine resources for sustainable development--Project members plan to hold more events regularly in the future. 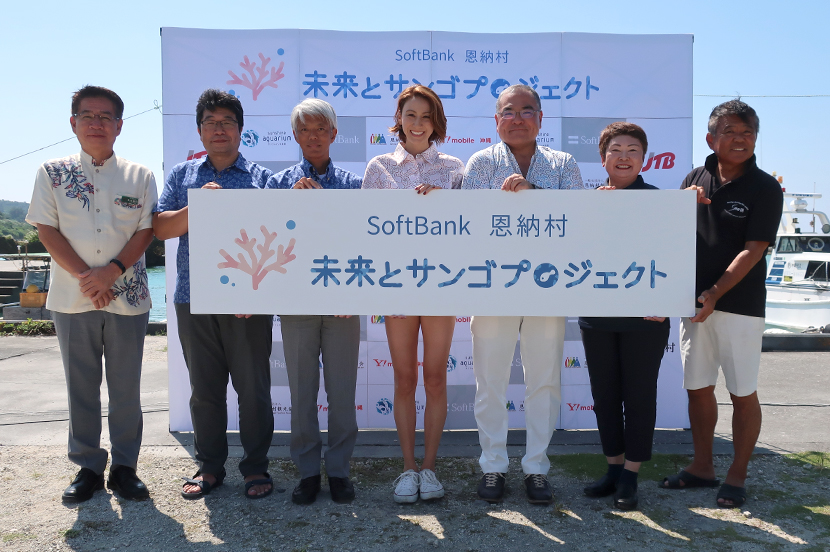