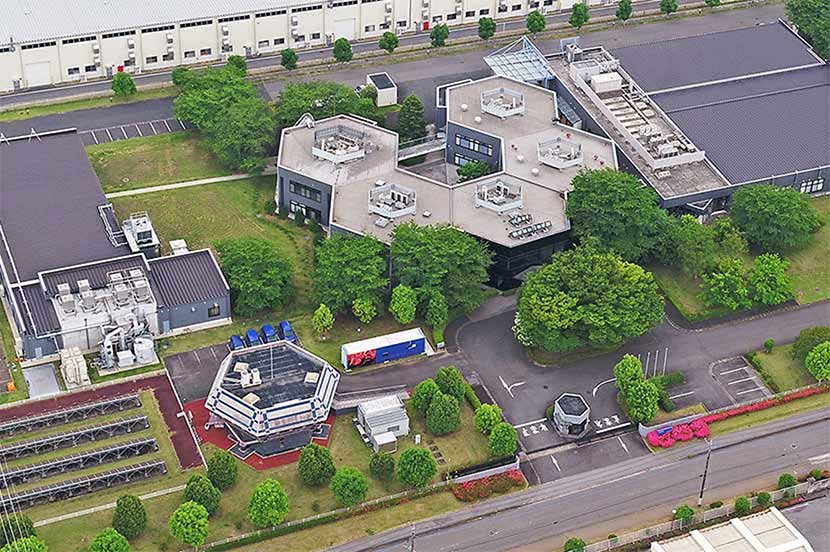 Anticipating a new device revolution, SoftBank Corp. (TOKYO: 9434) is researching next-generation batteries in a corner of this complex. SoftBank first announced the establishment of this “Next-generation Battery Lab” in March 2021. Now in operation, read on to find out what is happening at the facility and get a glimpse of some advanced technologies on the horizon.

Battery research to ensure high levels of safety and reliability

Secondary cells, also called rechargeable batteries, can be used through repeated charging and discharging. Lithium-ion batteries are currently the most commonly used battery type in this area, and expectations for next-generation batteries are high. To support the requirements of constantly evolving devices, future batteries will need to see significant improvements in high-energy densities (i.e., lighter weights), lifespan, safety and cost. 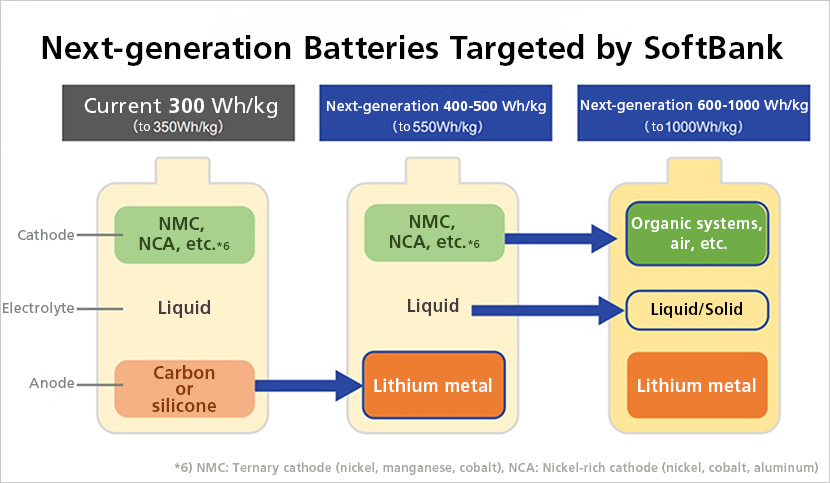 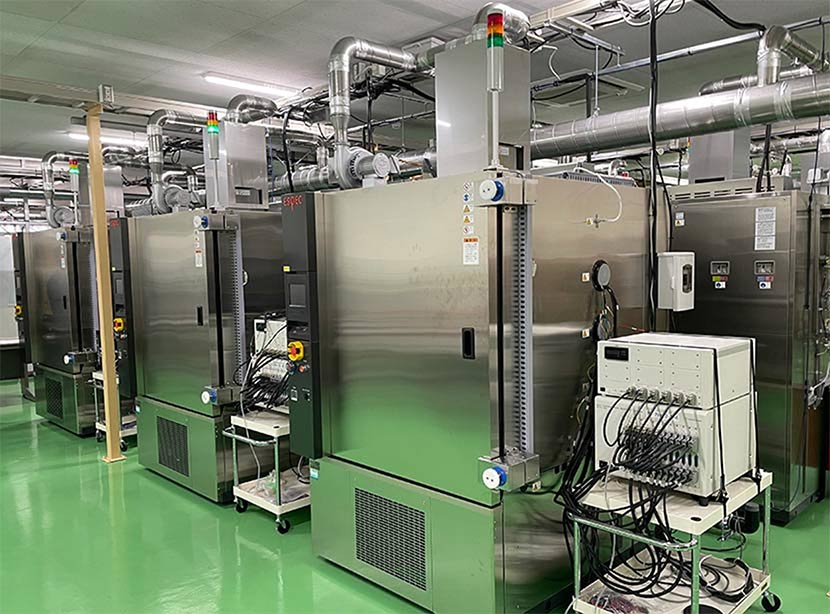 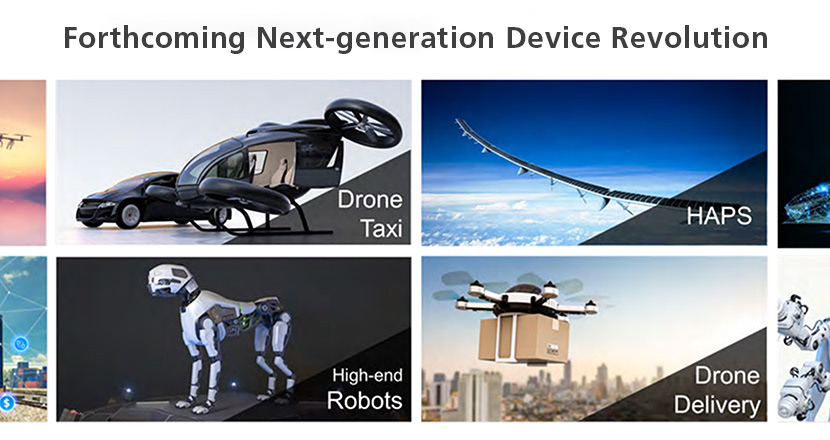 SoftBank’s decision to develop next-generation batteries came largely from its High Altitude Platform System (HAPS) business, as HAPS unmanned aircraft demand lighter, higher-capacity batteries. In general, a battery with a higher capacity means a heavier battery, which in turn means that flying a heavier HAPS aircraft requires more energy. This raises problems, such as being limited to flying at lower altitudes and for shorter durations. On the other hand, the lifespans of batteries for drones and HAPS aircraft do not need to be as long as those for electric vehicles (EVs), averaging 200 cycles (i.e., a cycle being the timespan between charging and discharging) as opposed to 1,000 cycles for EV use. This key difference with EV batteries enabled SoftBank to plan battery development based on a bold R&D strategy—one in which improving specific energy is a top priority. When a longer duration of battery life is achieved, batteries will also be used for smartphones and EVs. SoftBank’s research efforts that began with a focus on batteries for HAPS aircraft have now extended to all manner of flying devices, including small home-delivery drones and drone taxis capable of transporting passengers. 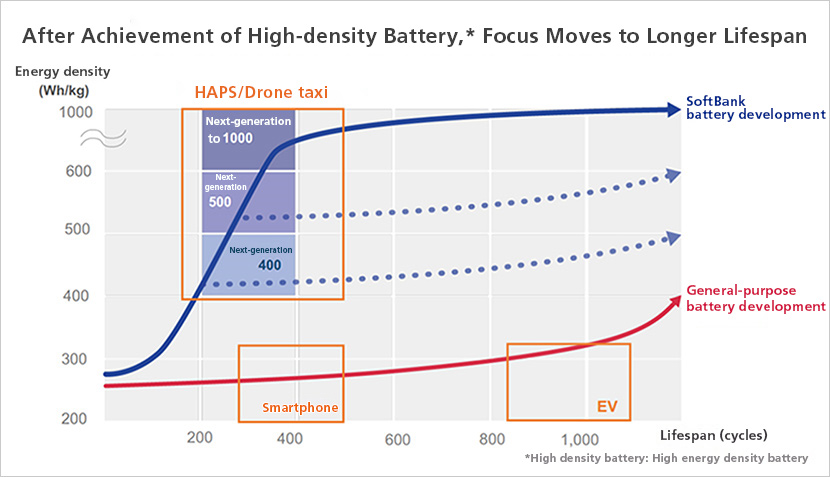 SoftBank is collaborating with US-based Enpower Greentech Inc. to jointly develop next-generation 400-500Wh/kg (max. 550Wh/kg)-class batteries, and both companies successfully tested a 450Wh/kg-class battery. Following further optimization of each battery material component, a 520Wh/kg cell (i.e., the smallest unit of a storage battery) was successfully manufactured. Aiming at commercialization in the near future, “life testing,” in which the degradation of each battery is examined through repeated charge discharge processes, is currently underway.

Cell: A component of a storage battery, also called a unit cell

Following the successfully verified manufacturing of a 520Wh/kg cell, achieving the production of next-generation 400-500Wh/kg (max. 550Wh/kg)-class batteries is on the horizon. Meanwhile, SoftBank’s Next-generation Battery Lab is also working to further reduce battery weights, and it is engaging in the development of a “next-generation resin foil,” which could replace existing materials used as the current collector at the anode. 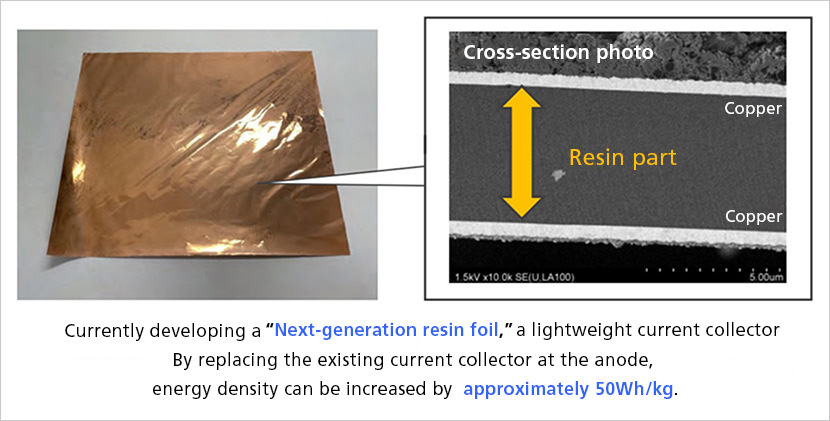 The next-generation resin foil does not appear to be much different than copper foil. However, when held, the difference in weight is staggering, with characteristics somewhat like that of a flaky film. When technologies are realized to put this resin foil into practical use, it is anticipated that batteries will become even lighter and safer. 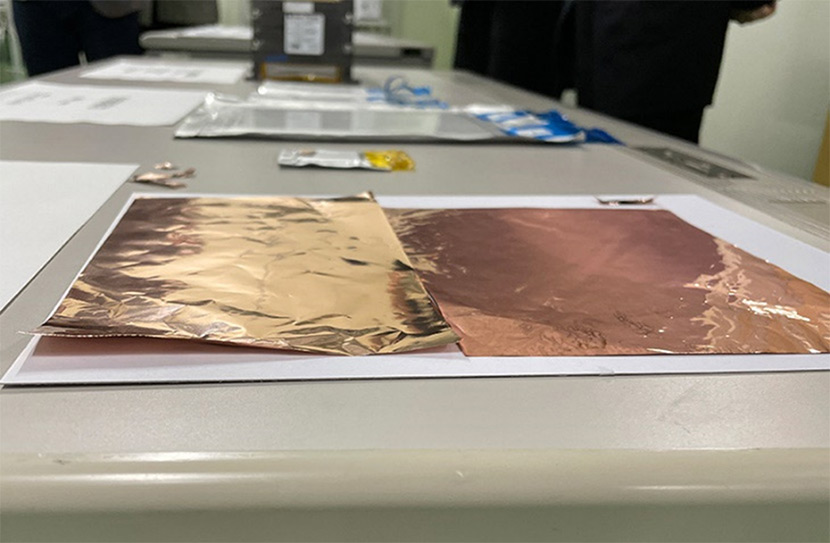 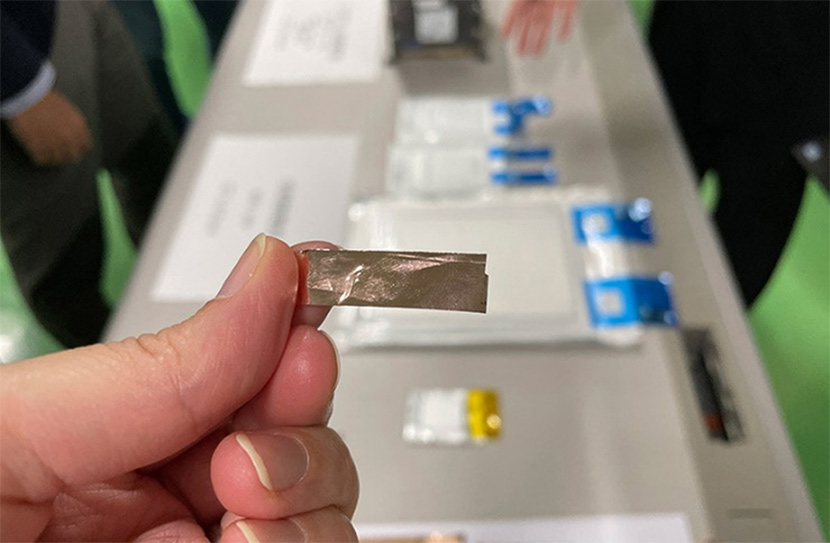 At the lab, there are two more research projects underway. Both initiatives are focused on achieving even higher specific energy.

Solid electrolytes weigh more than their liquid counterparts. On the other hand, the increased level of safety allows a higher voltage to be applied to the electrodes. Furthermore, all-solid-state batteries are suitable for lighter-weight bipolar structure. As such, the arrival of more-advanced batteries is highly anticipated.

In order to realize next-generation 600-1000Wh/kg (max. 1000Wh/kg)-class batteries, it is believed that organic materials—not the currently used rare materials—should be used for cathode materials. However, apparently, the number of materials capable of being used amounts to the 60th power of 10 (i.e., 1 decillion, or fourth power of 1 trillion), which means it is difficult to identify the best materials out of the available candidates. In a joint research project between SoftBank and Keio University, a predictions model was created so that highly accurate results could be obtained using a limited amount of experimental data. As a result, organic materials that can enable the achievement of a specific energy of 1000Wh/kg were identified. In the future, by combining those materials, research initiatives will turn to studies for the manufacturing of batteries.

SoftBank’s Next-generation Battery Lab is carrying out research and development with the aim of realizing achievements in 10 to 20 years’ time. Inside, lines of devices as tall as adult humans are operating, making rumbling noises. This is a charging-discharging testing facility for batteries. Next-generation batteries made by different manufacturers are brought here so their performance can be evaluated. 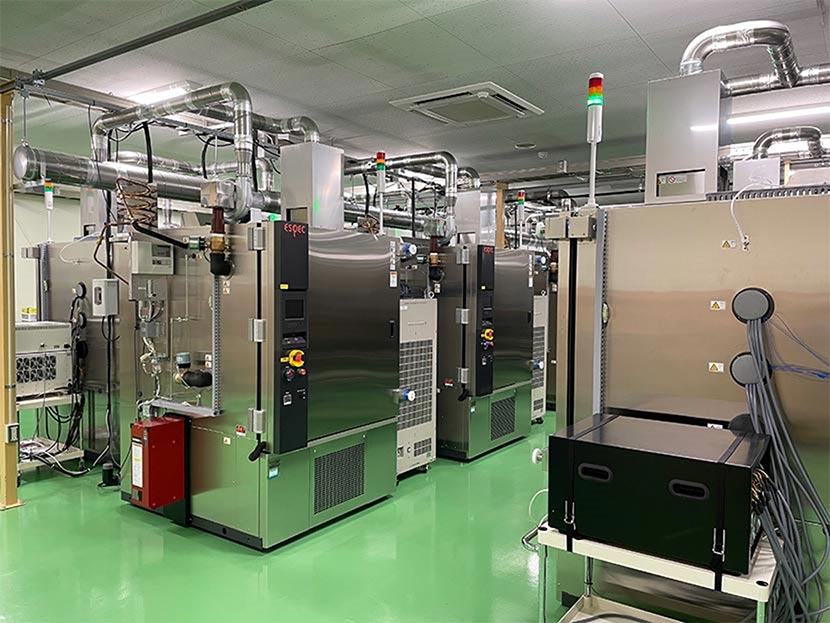 15 constant-temperature reservoirs installed as of December 2021

While individual manufacturers publish information on the performance of their batteries, it is difficult to make a fair one-to-one comparison using those figures as many tests are commonly recorded under different environmental conditions; often when a battery is performing at its best. It is therefore imperative that all batteries are evaluated under the same environmental conditions. 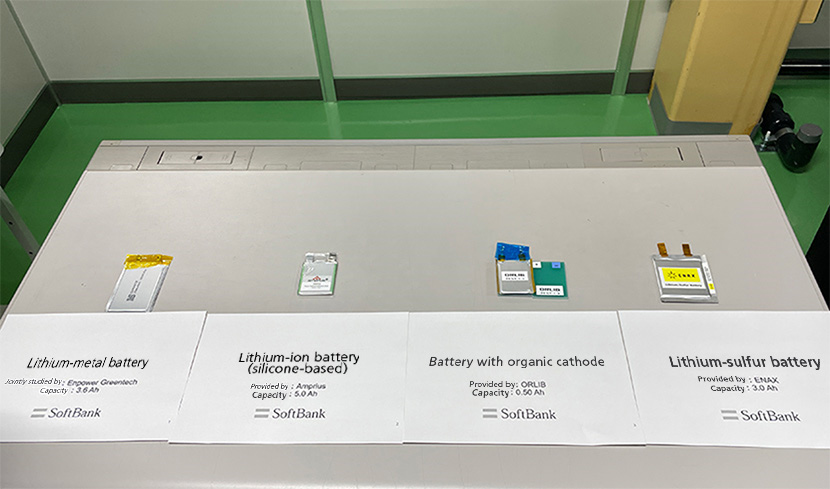 Example of some next-generation batteries evaluated

The inside of the constant-temperature reservoir looks like this when cells (i.e., the smallest unit component of a storage battery) are loaded for testing. Up to eight cells can be tested at the same time. 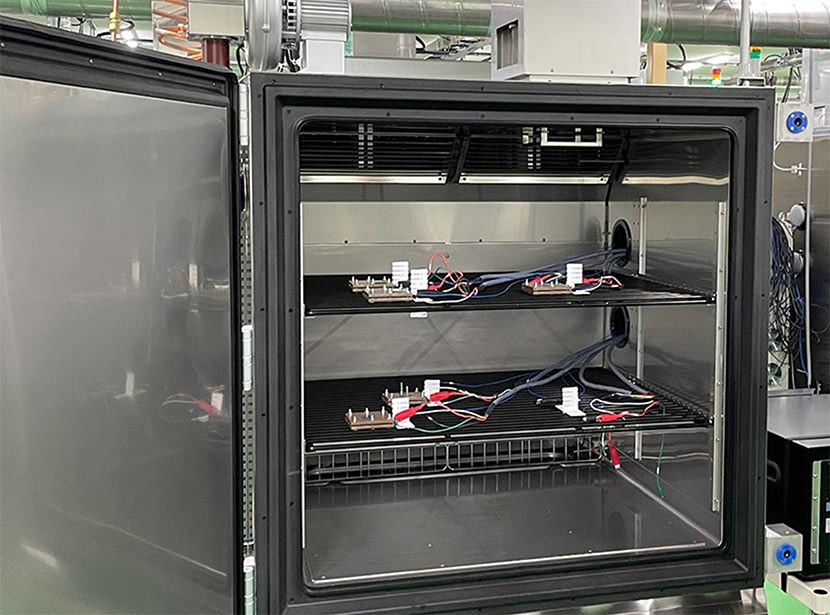 Lifespan testing being conducted for a 520Wh/kg battery of Enpower Greentech Inc. 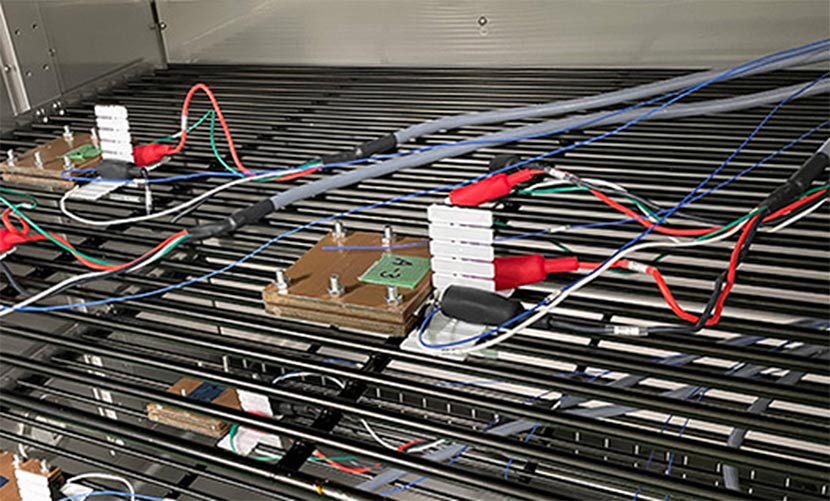 Actual cell is fixed between the brown boards

While increasing density is prioritized in the development SoftBank’s next-generation batteries, a long lifecycle is one of the key factors required for commercialization. There are many processes in battery development, including testing and certification, that take a long time before a product can be marketed. Therefore, aiming to reduce the time required for development, SoftBank chose to take full control of charge-discharge testing, which is an important point in the development process. Accumulating know-how on battery sets, among other components, has also helped speed up development.

Additionally, a high level of safety is required for commercialization as lithium-metal batteries have been connected to a series of fire accidents in the past. Through collaboration with ESPEC, which has excellent facilities and technologies for evaluating the safety and reliability of batteries, SoftBank hopes to further increase efficiency in development processes. 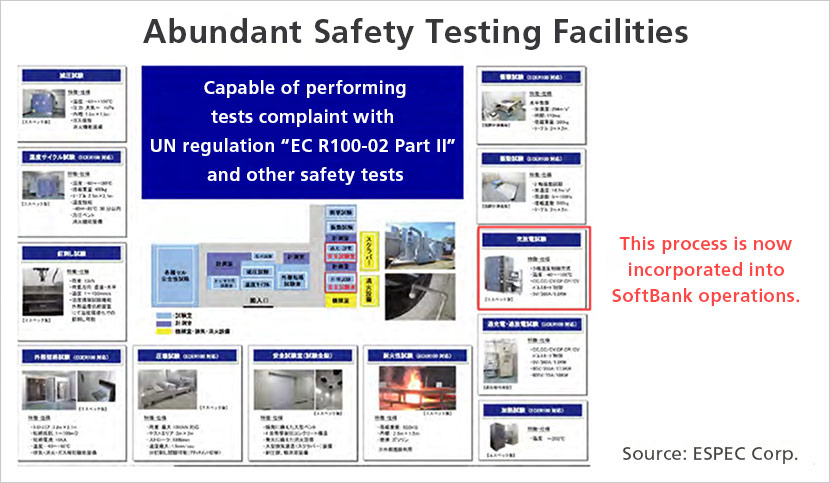 In the future, the lab is planning to enhance its facilities so that it can perform tests on units larger than cells, such as battery packs and modules. Additionally, by taking advantage of the strengths possessed by ESPEC as a leading manufacturer of environmental testers worldwide, there are plans to embark on the joint development of equipment that can replicate the environmental conditions of the stratosphere, which is relevant to SoftBank’s HAPS business. 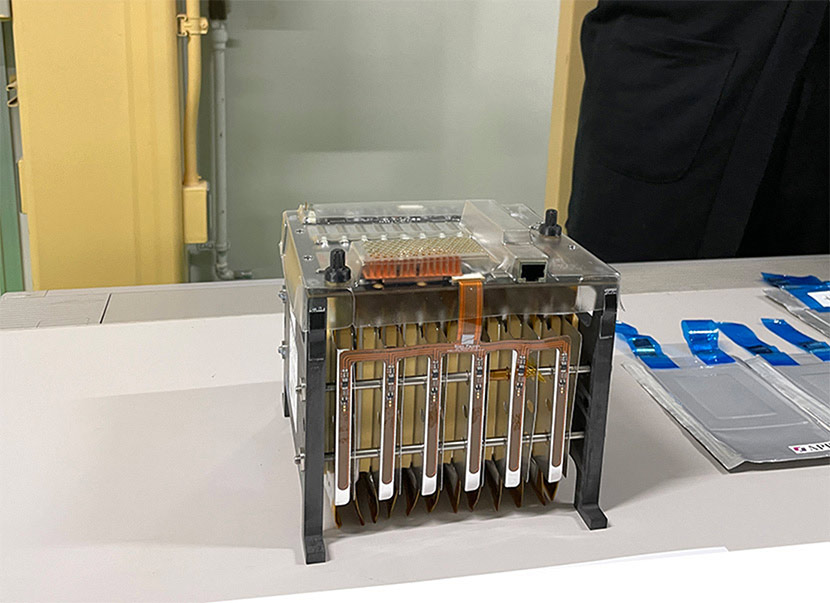