Operated by NAVER Z Corporation, ZEPETO is a metaverse app popular with Generation Z users, who create and customize their own 3D avatars. Since its release in August 2018, the number of ZEPETO users has been growing worldwide, especially across Asia.

ZEPETO has more than 30,000 metaverse spaces, called "worlds,” and SoftBank created its own dedicated world. Anyone residing in Japan who downloads the ZEPETO app to their smartphone can create a 3D avatar at no cost and visit the “SoftBank Store in ZEPETO” with their alter ego.

Avatars, operators, and AI bots are available 24/7 to provide customer service and chat-based support. From 10:00am to 9:00pm, actual store crew members are on hand to answer questions about ‘SoftBank’ and ‘Y!mobile’ brand services via their avatars. 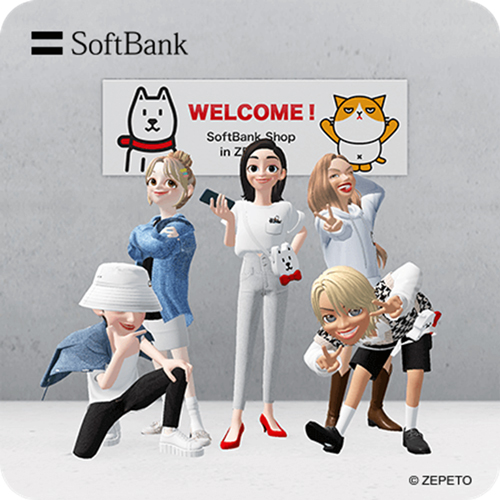 In addition to a photo zone where virtual visitors can take commemorative photos with SoftBank’s canine mascot ‘Otosan’ and Y!mobile’s feline ambassador ‘Futenyan,’ original digital items exclusive to the SoftBank Store in ZEPETO are also available. These special items include parkas, outerwear, hats, bags, and other branded items that can be worn by avatars.


The SoftBank Store in ZEPETO is seamlessly integrated with official ‘SoftBank’ and ‘Y!mobile’ brand online stores so customers can sign up for or change their smartphone contracts after receiving explanations from store crew avatars. They can also buy accessories and IoT-related items at the SoftBank SELECTION online store after viewing displays in the virtual store. 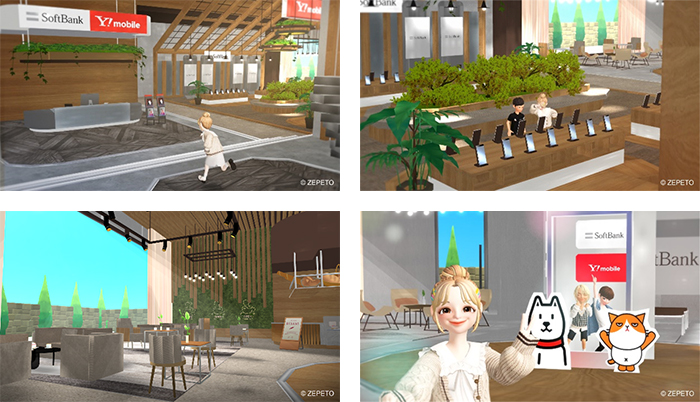 SoftBank plans to strengthen collaboration between existing and virtual sales channels. For instance, in the future customers will be able to get coupons posted at the SoftBank Store in ZEPETO and use them at physical ‘SoftBank’ and ‘Y!mobile’ brand stores.

SoftBank Corp. and SoftBank HAWKS Team Up to Provide New Ways to Enjoy Baseball in the Metaverse